Sorry readers. Now only i managed to get the photos from my new friend whom i worked together with during the launching of Nokia N9 Ninja around Malaysia from 7th October till 16th October 2011. 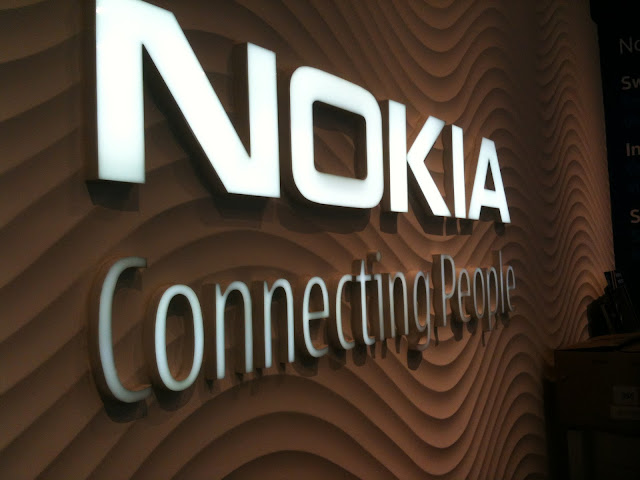 Nokia Store in Low Yat Plaza
I know it's pretty late to blog about it. But i really wanna share my working experiences with my readers. *ignore the things that happened lately* Well it's my first time working under the Hotshoes company and dealing with handphones as i seldom promote handphones especially Nokia handphones. 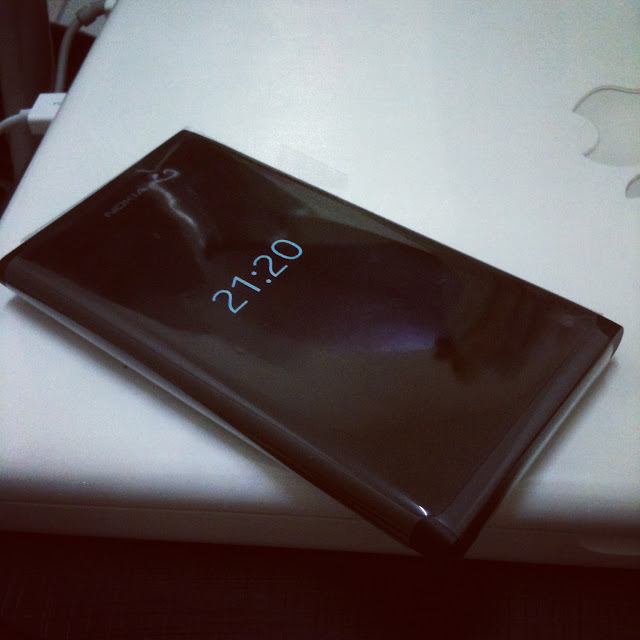 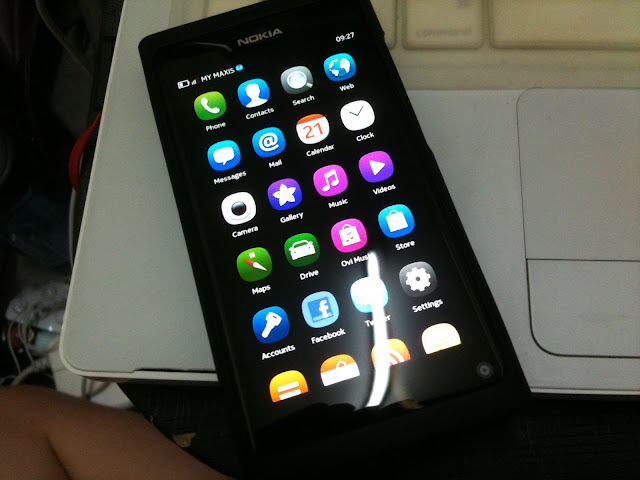 The home screen of Nokia N9
Imma tell you guys it is a GOOD phone. The best phone that ever produced by Nokia i tell you. Which phone in the market has this ONLY SWIPE gestures and doesnt have any buttons on the screen except the lock and volume buttons on the side??? I wanna shout it loud that NOKIA N9 is the ONLY phone who has these features! It runs on MeeGo operating system and say no more to Symbian! =D
Well, while i worked for the 10 days event in Low Yat Plaza, i met a new and crazy friend who came to work as floater. She is none other than Kelly Chan. 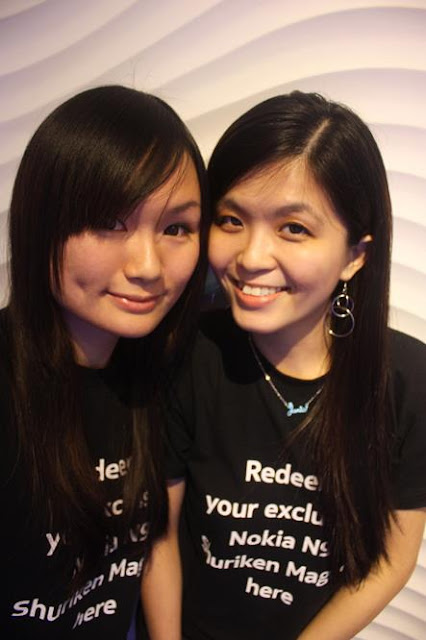 Introducing Kelly, my new friend =)
She is currently doing her interns in her company and worked as floater as assigned by her company to replace me while i need to go out for lunch and dinner. 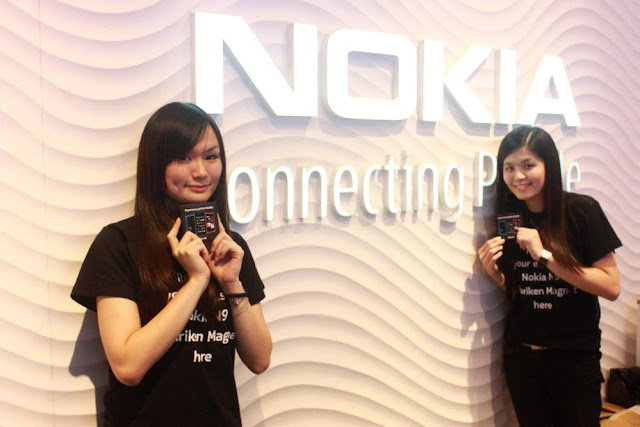 The event was held around KL area which 9 participating outlets are involved in the event. Basically the crowd need to look out for the Ninjas that will be appearing at certain locations at certain time as scheduled. 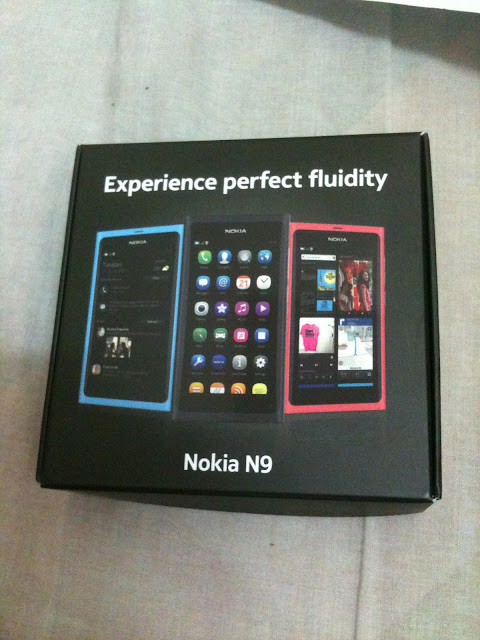 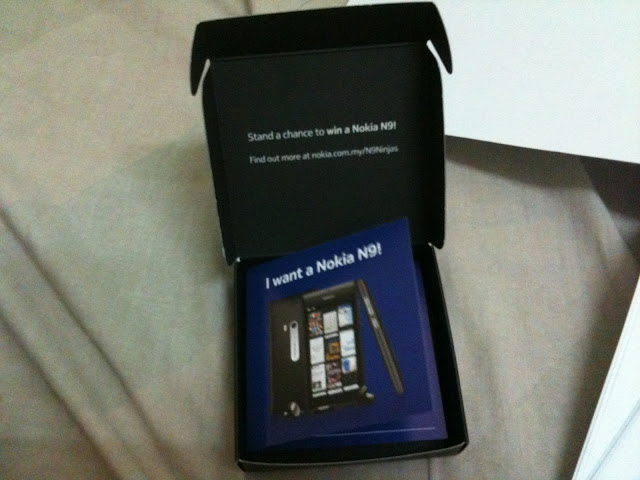 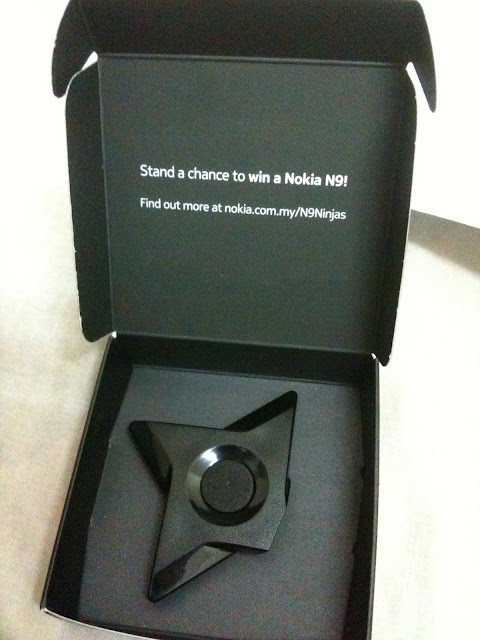 From the gift box, you will have a contest card and a Shuriken magnet. The contest card that you received will give you a chance to win the brand new Nokia N9 smartphone. All you have
to do is just SMS your details from 9pm the day you received your gift box to 9am the next day.
Other than that, i have funny colleagues who work in the Nokia store. They were really funny and friendly. Gotta miss them even though i dont work in the place anymore. We will still keep in touch with each other right? =) 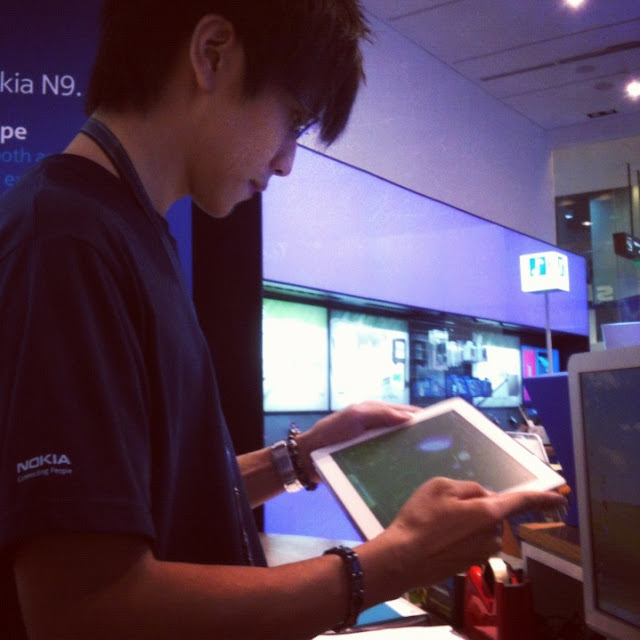 Introducing Alex, my colleague playing with my Spiffy.
Alex is a funny guy who loves to argue with me alot. Even though we know each other for only 10 days, we talk to each other as if we knew each other for ages. Definitely, im lucky to know others as well. Last but not least a group photo of us on the last day of work for Kelly. =) 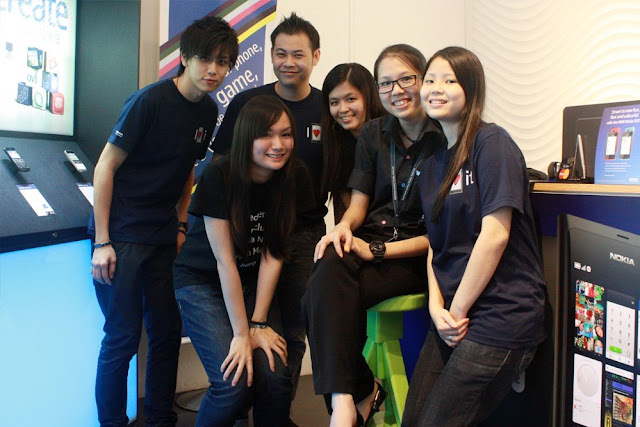