Sailor Jerry Made Its Debut in MTV World Stage 2014! ❤ 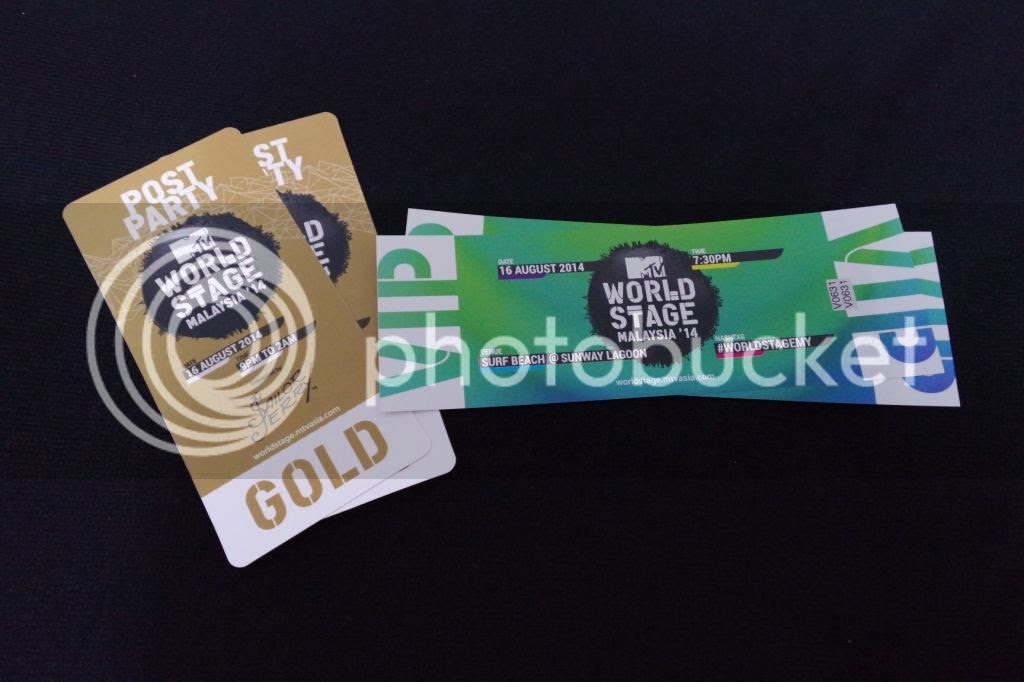 Thank you Sailor Jerry for the tickets! :D

Of course what's a party without Sailor Jerry? Special thanks to Sailor Jerry for sponsoring me a pair of VIP tickets along with Gold tickets to the post party in Soju Sunway too. 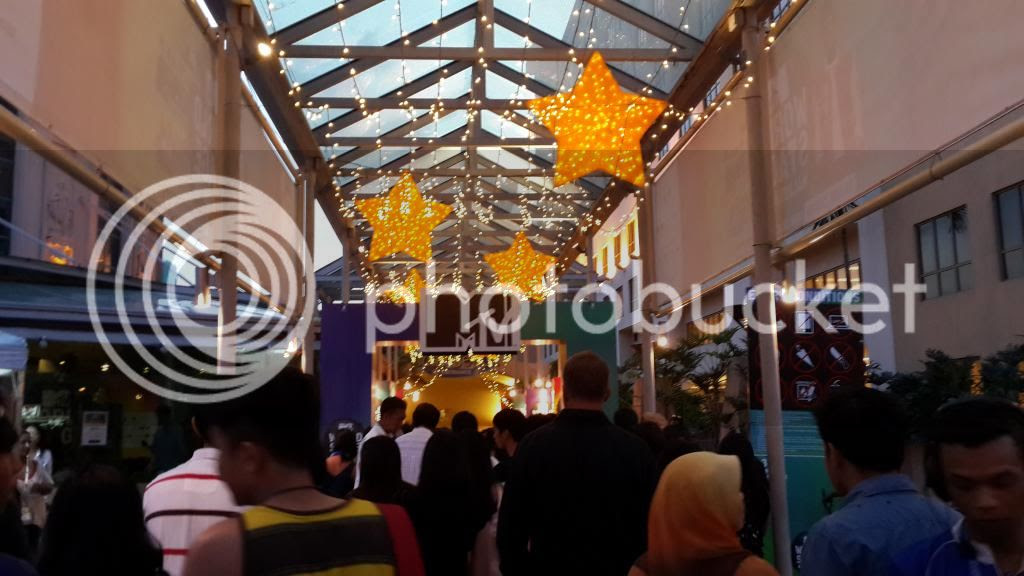 I was worried that we could not get a parking spot so I decided to be there as early as 6.30 pm. My BFF and I even had dinner at Sunway before walking over to the Sunway Lagoon Surf Entrance to queue. The queue to the entrance was long, so I decided to pose photo with Sailor Jerry backdrop and the vintage car. (: 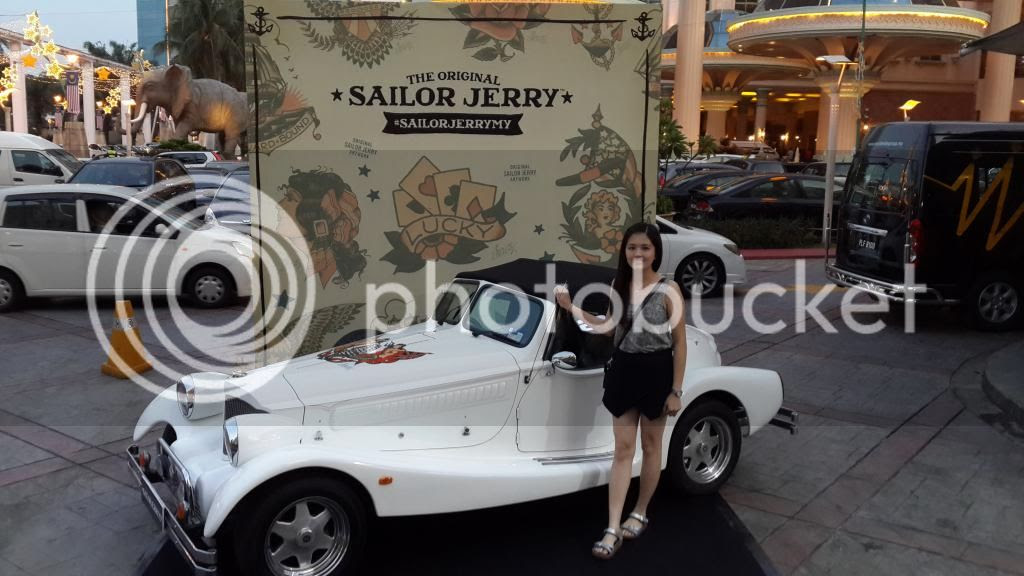 My friends were there to join in the fun too as well! Yay! So all of us were excited for this as it's my first time going to MTV World Stage! The organizer was so kind to provide us fans and ponchos in case the weather decided to become hot or cold as this is an outdoor event. 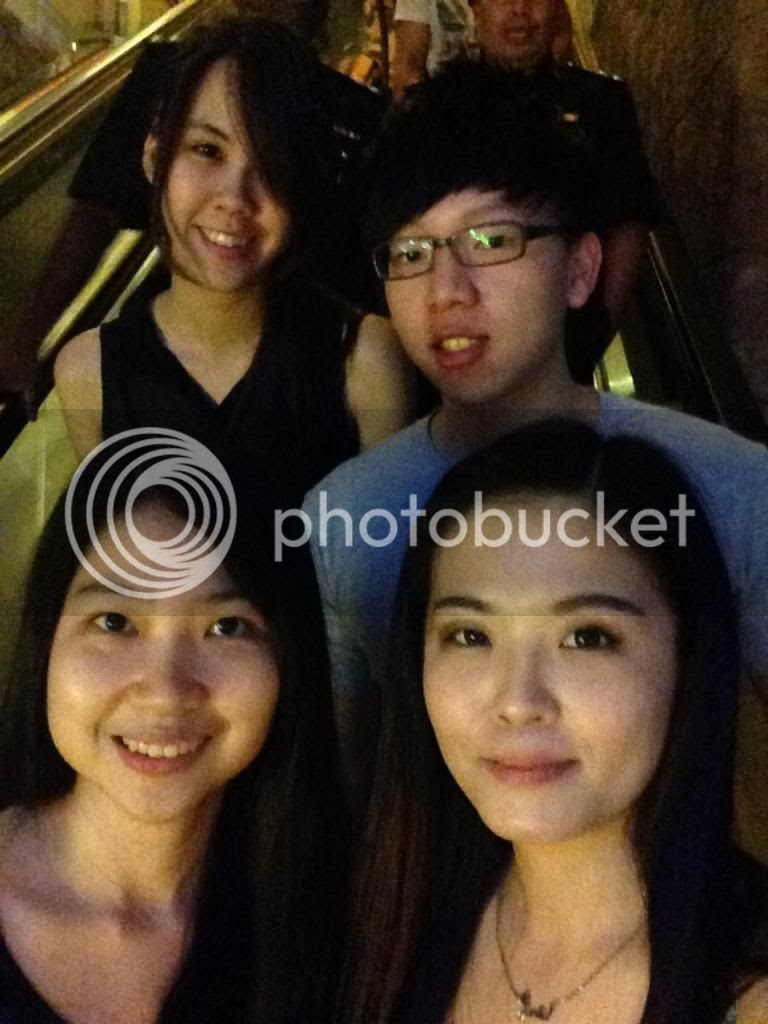 #selfie time with my BFF, Shi Hui, Penny and KC.

Of course I won't forget to take photos with the backdrop. :P As you can see from the photo below that, I received a goodie bag from a strangers who were holding a few goodie bags from Cleo Magazine and she gave me one which had MTV World Stage T-shirt in it! Woohoo!!!~~ 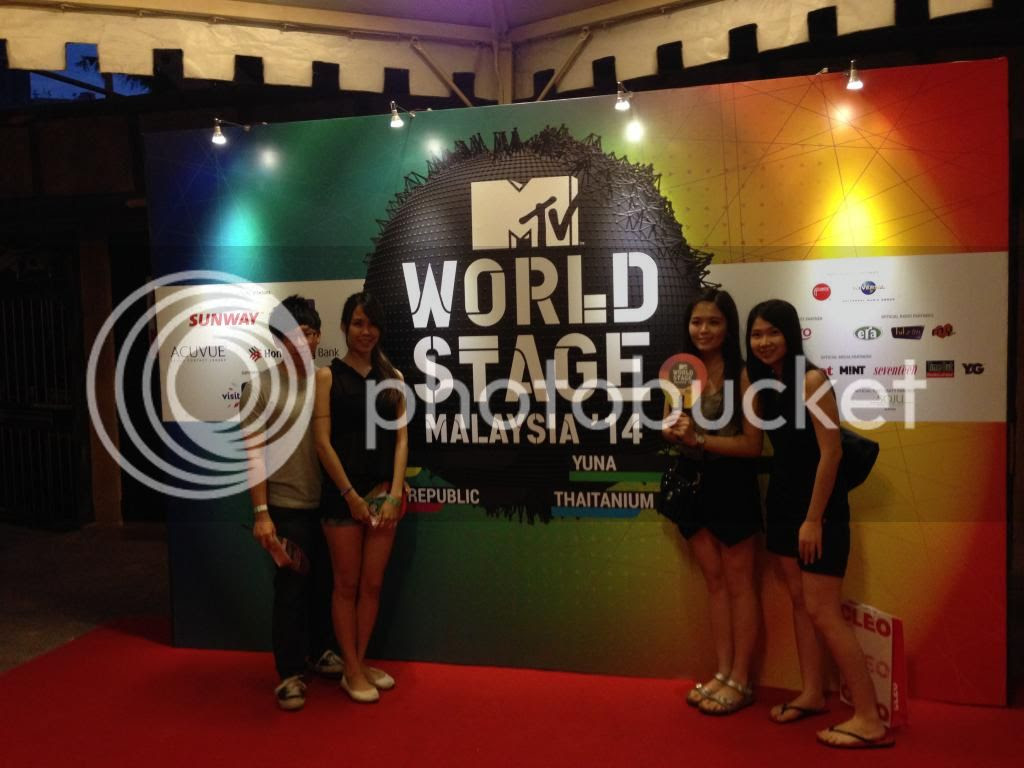 So all of us walked to the Sailor Jerry tent to try out the Caribbean Spiced Rum. There's free flow of rum for the VIPs to try.

Sailor Jerry Spiced is a Carribean Rum blended with 100% natural spices and flavours. It is inspired by the American tattoo legend Normal 'Sailor Jerry' Collins. Sailor Jerry Spiced embodies the independent spirit and unapologetic attitude of the rum's namesake who was noted for saying "My work speaks for itself." Sailor Jerry is also a big advocate of authentic and true individuals. Sailor Jerry supports originality and individuals who express themselves creatively. 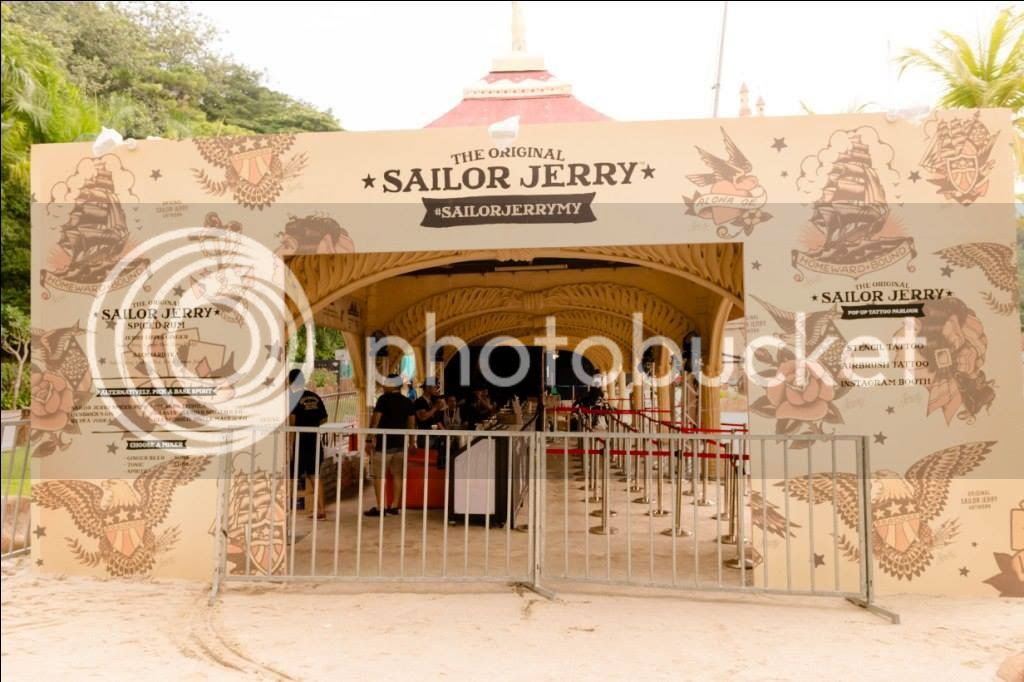 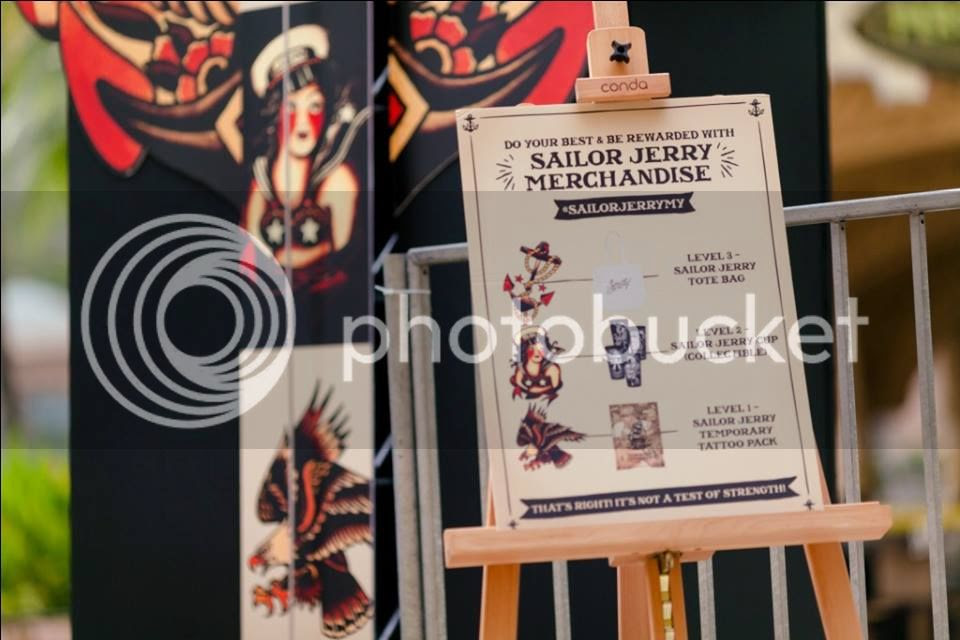 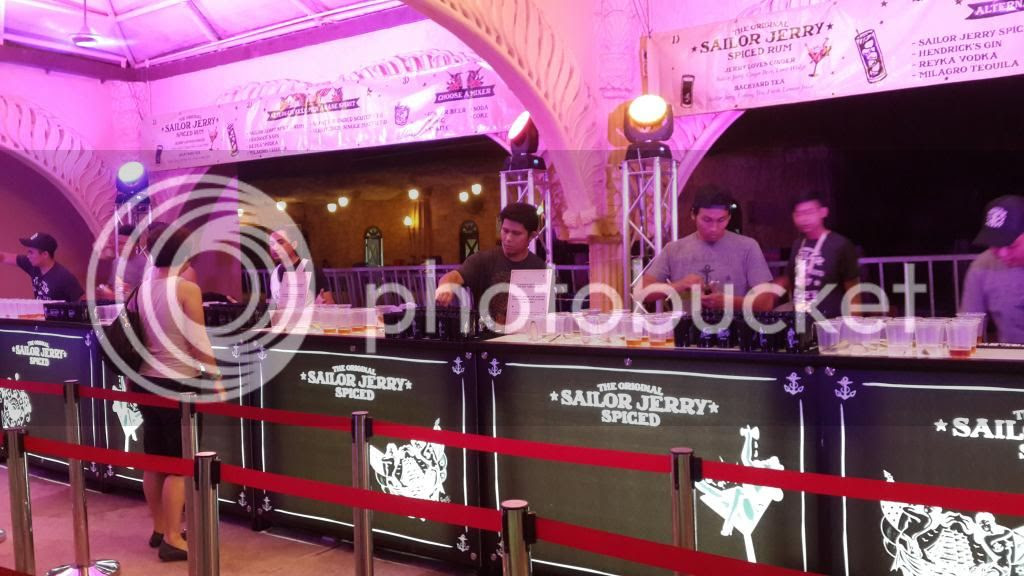 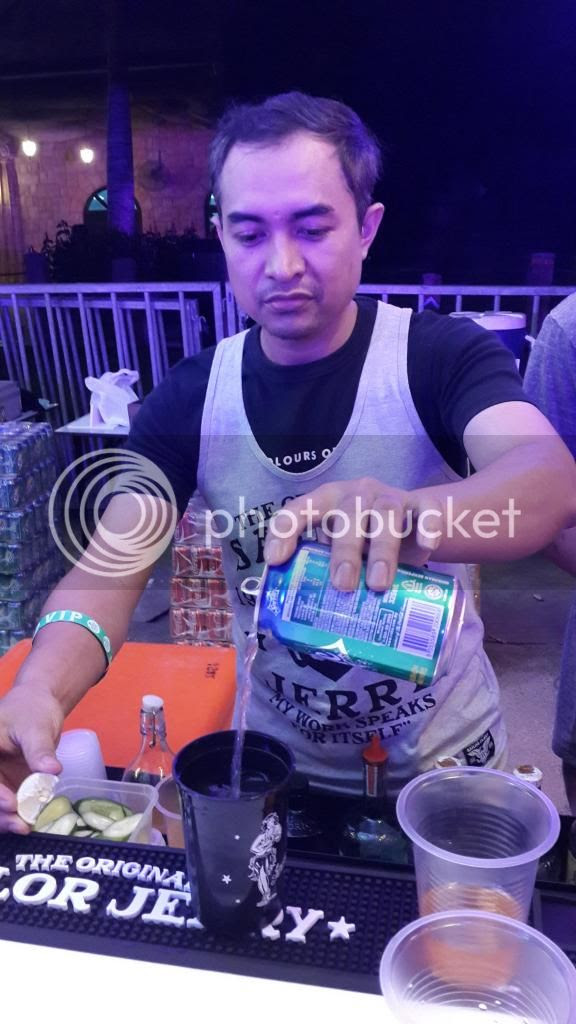 He mixed the rum for me on that night.

I truly enjoyed the taste of the rum. Sailor Jerry Spiced is the rum of choice for true individuals! 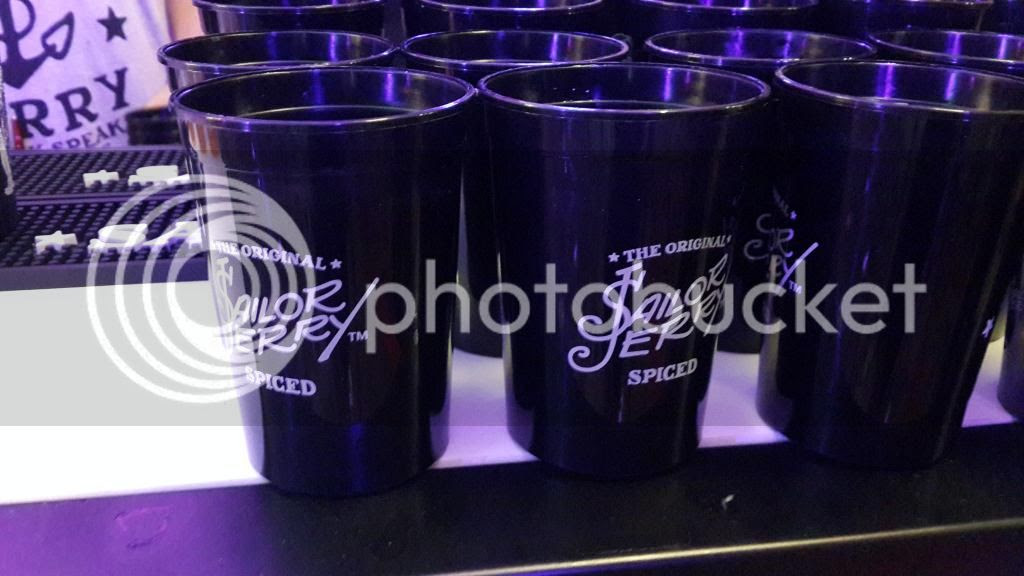 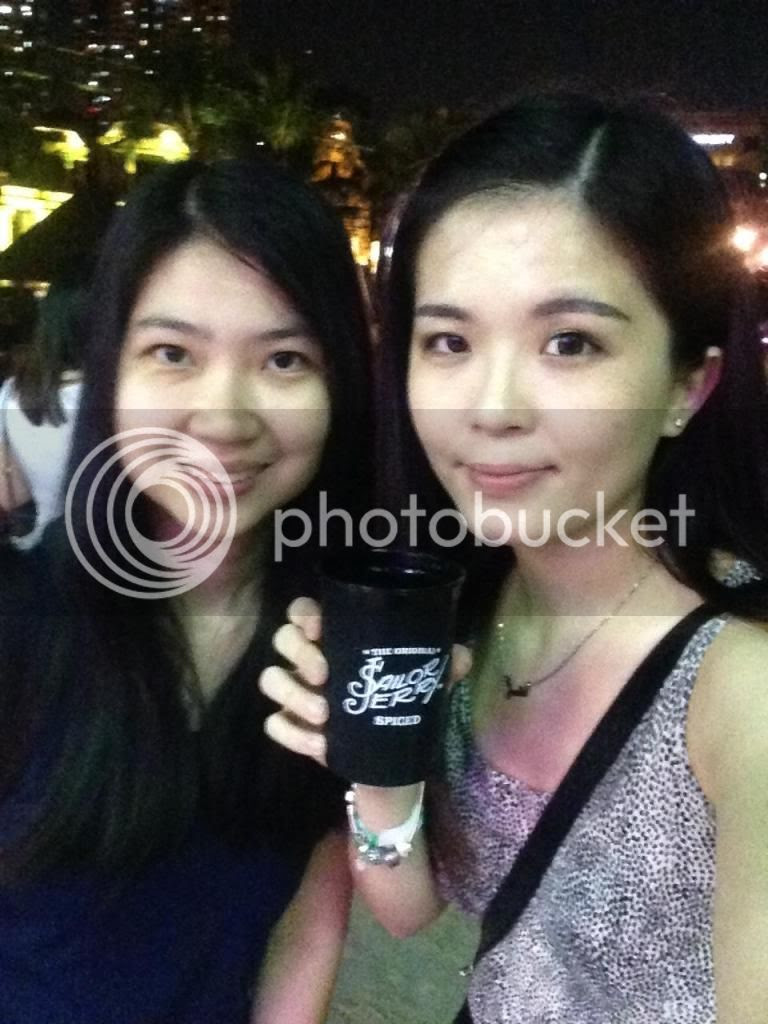 My BFF, Shi Hui and I posing with Sailor Jerry Spiced. (:

The night was started by the performance from Thaitanium with an upbeat 11-track medley, which included an inaugural performance of their new single with Snoop Dogg, “Wake Up (Bangkok City)”. Boys Republic made their MTV World Stage debut with the performance "You Are Special". It was then followed by our home girl, Yuna who was singing Falling, Come Back and etc with her powerful voice. B.o.B, the international rapper impressed the audience with an energetic performance comprising of a 16-track medley that kept me dancing to the tracks. (: 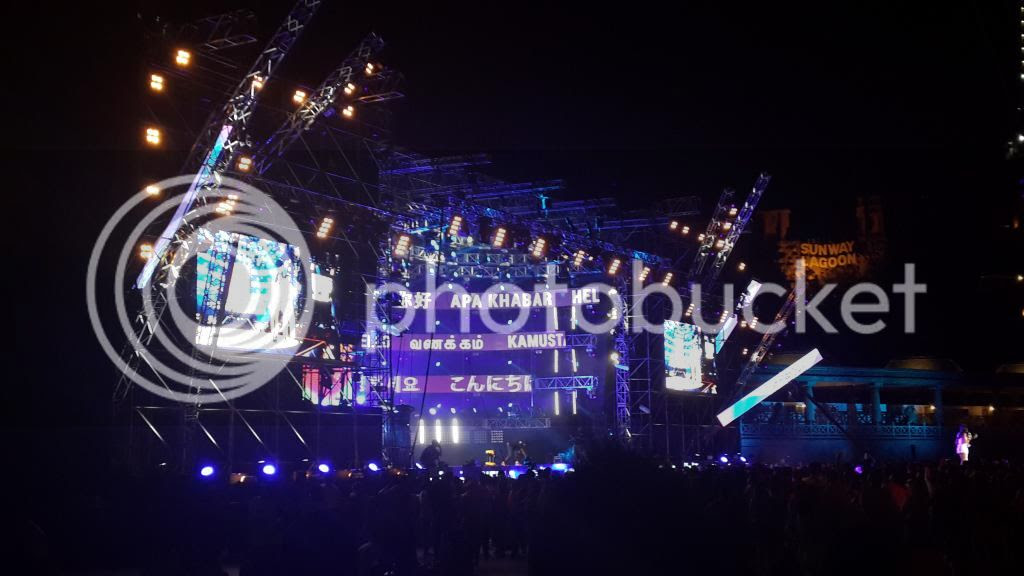 I was a little tired after standing at the VIP area for too long. So I spotted two nice spots for my BFF and I and we were resting there while listening to the songs that were performed by the artists that night. Shortly after my friends showed me their pretty Sailor Jerry cup, I wanted one for myself too. So I decided to take up the 3-sec shot challenge in order to grab the limited edition Sailor Jerry cup. 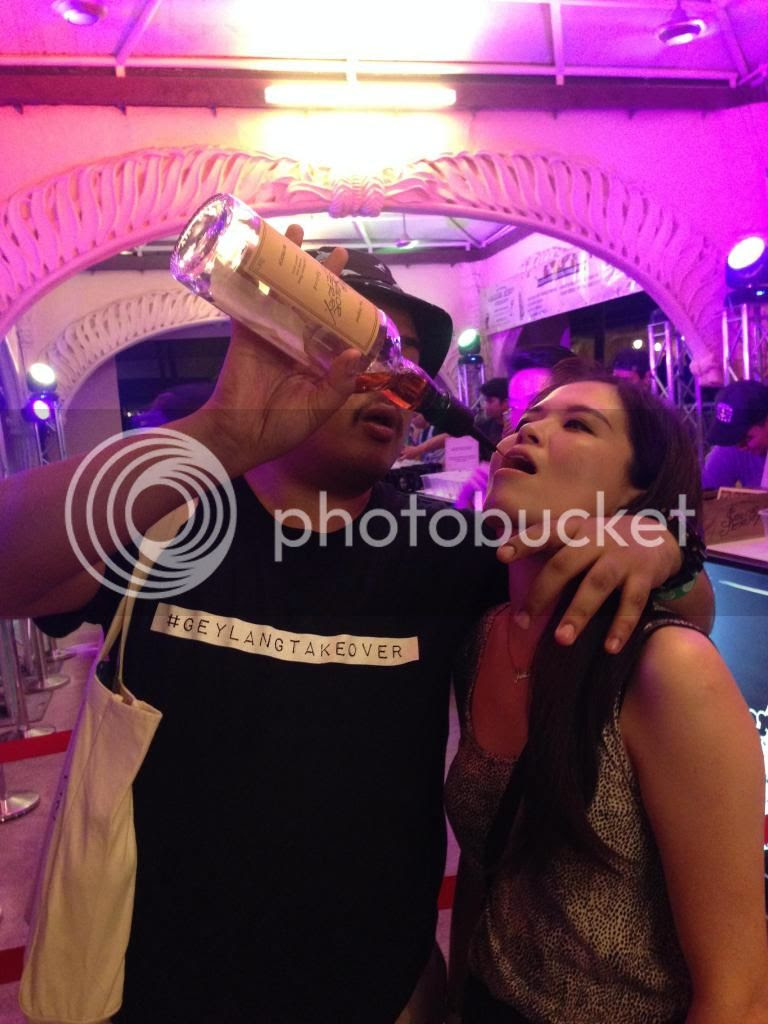 And I got it! It wasn't that tipsy at all after I had them. In fact, I have a few rounds before I tried this challenge and it was rather fine. I turned out to be an alcoholic already I guess. LOL! 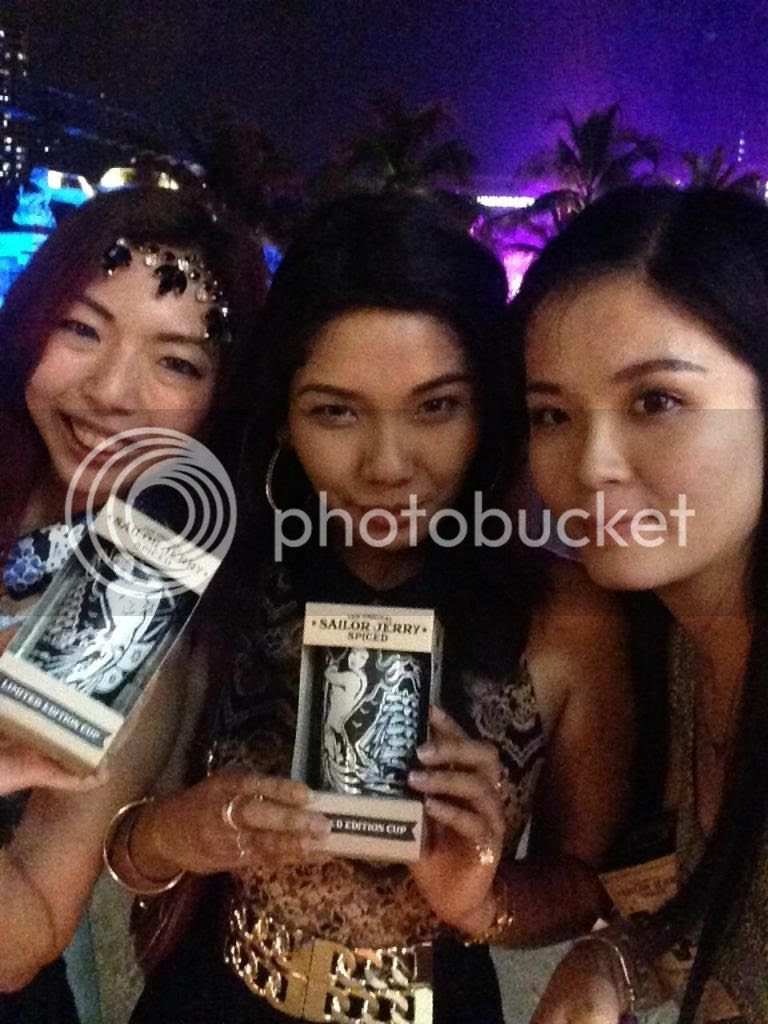 Photo with Yukiko and Shivani with our Sailor Jerry cups. (: 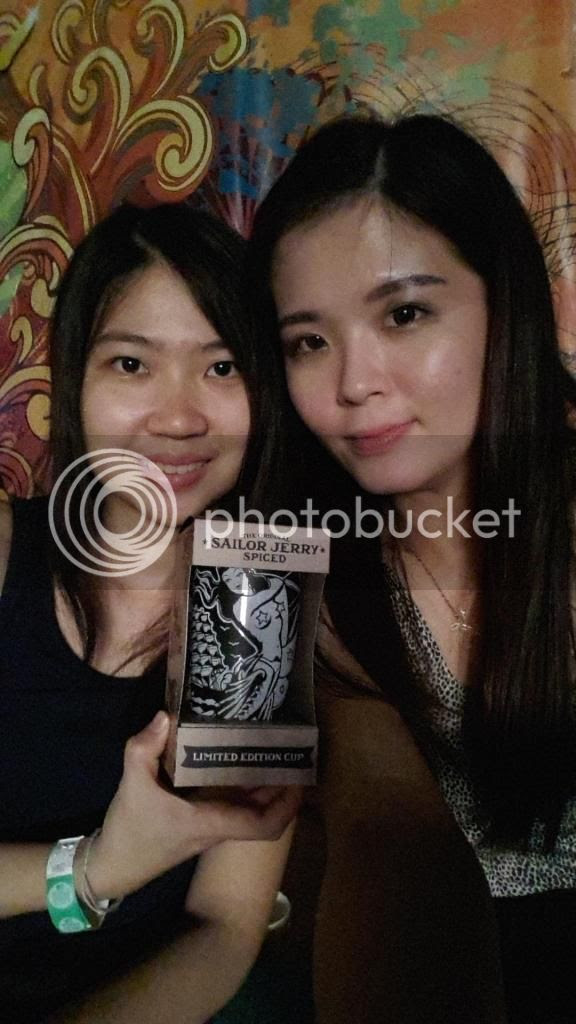 Here's a photo of my BFF and I with my Sailor Jerry cup. (: I am proud of myself. :P 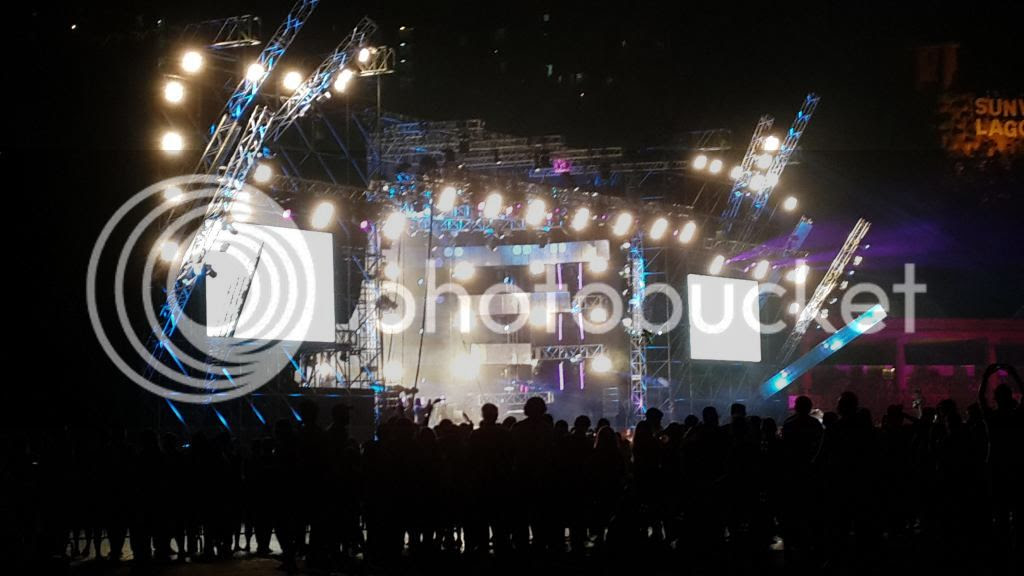 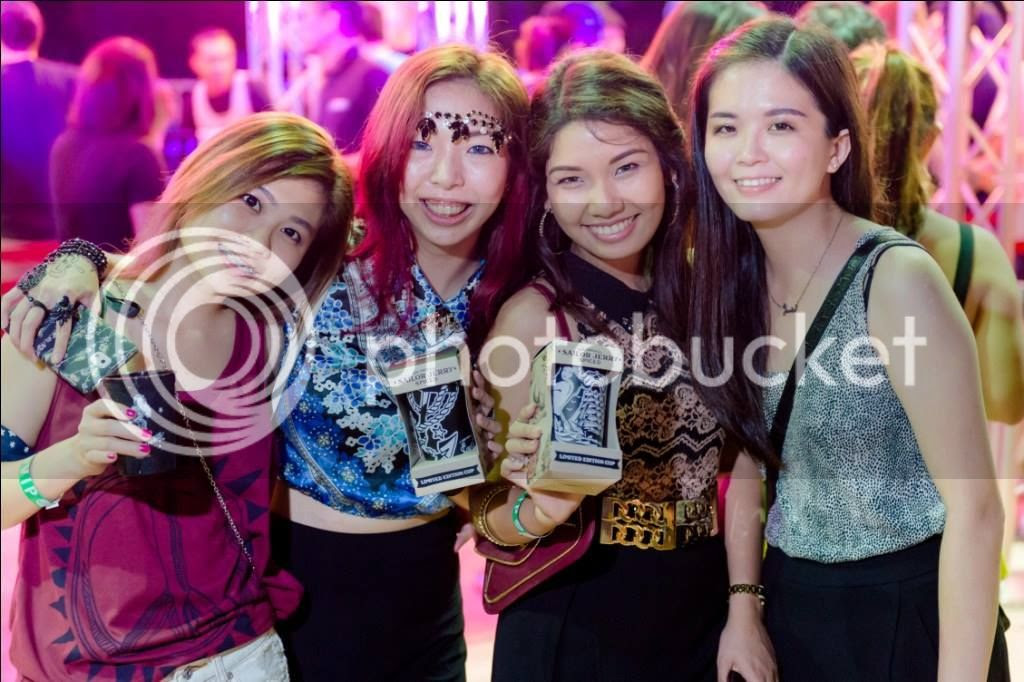 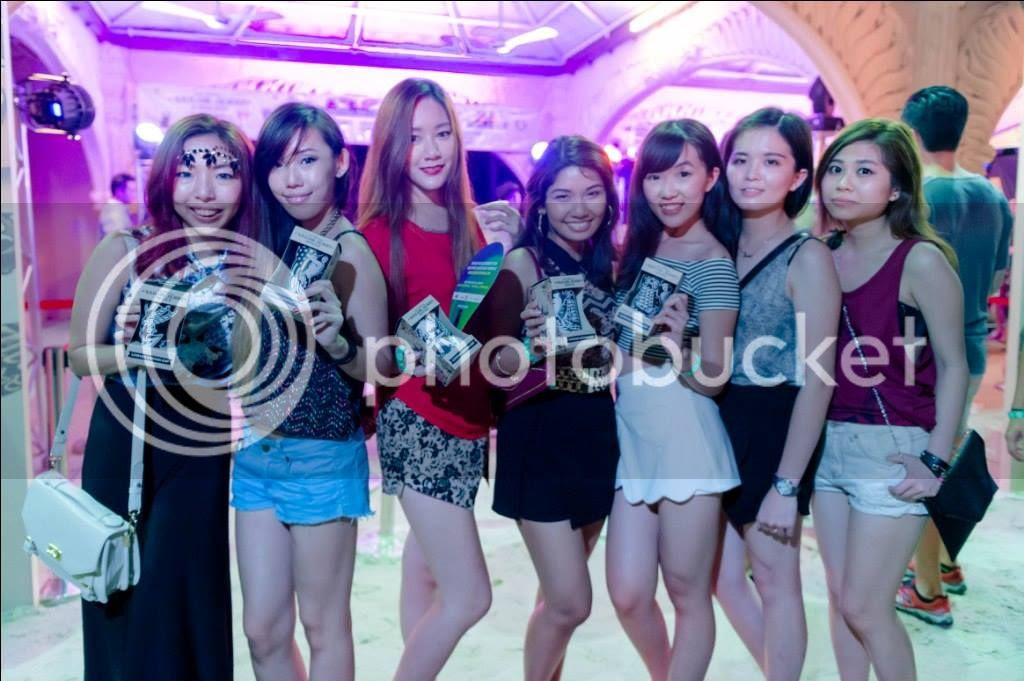 Here's another photo of us again. (: 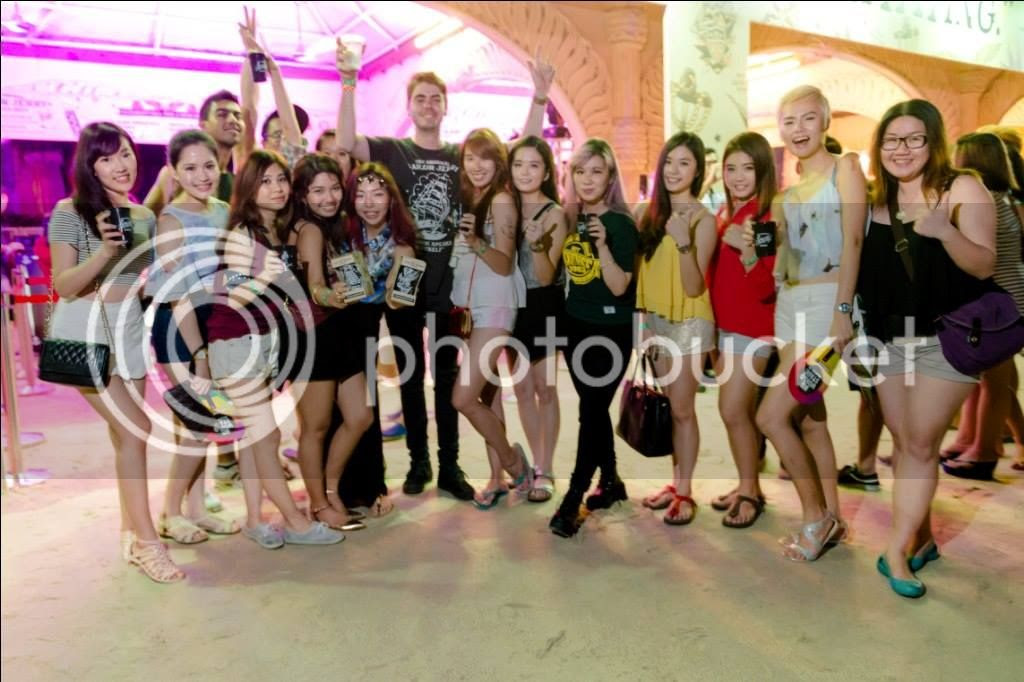 After the event ended, both BFF and I walked over to Soju, Sunway to party for the second round. 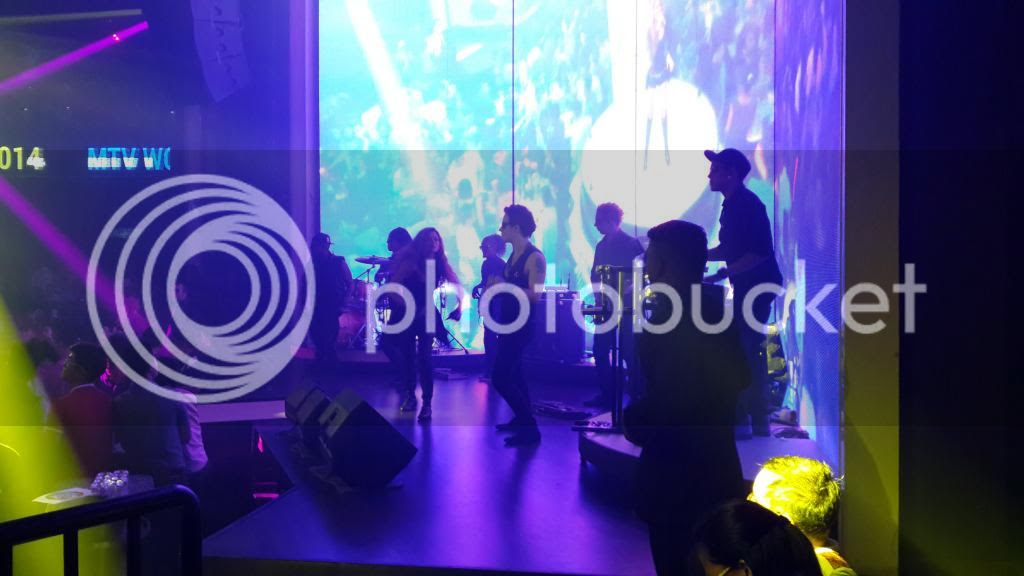 The live band was damn awesome. I was enjoying the music to the maximum that night. I would definitely come back to Soju again next time. *wide grin* 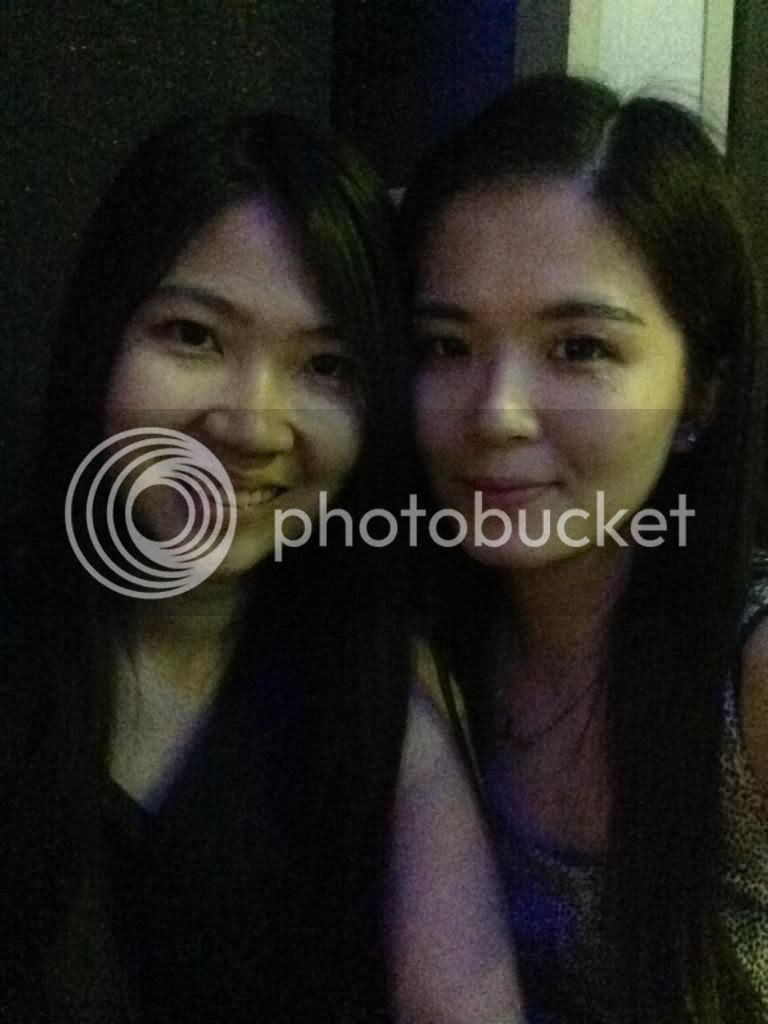 We managed to selfie with better lighting in the club. Heheh. :P 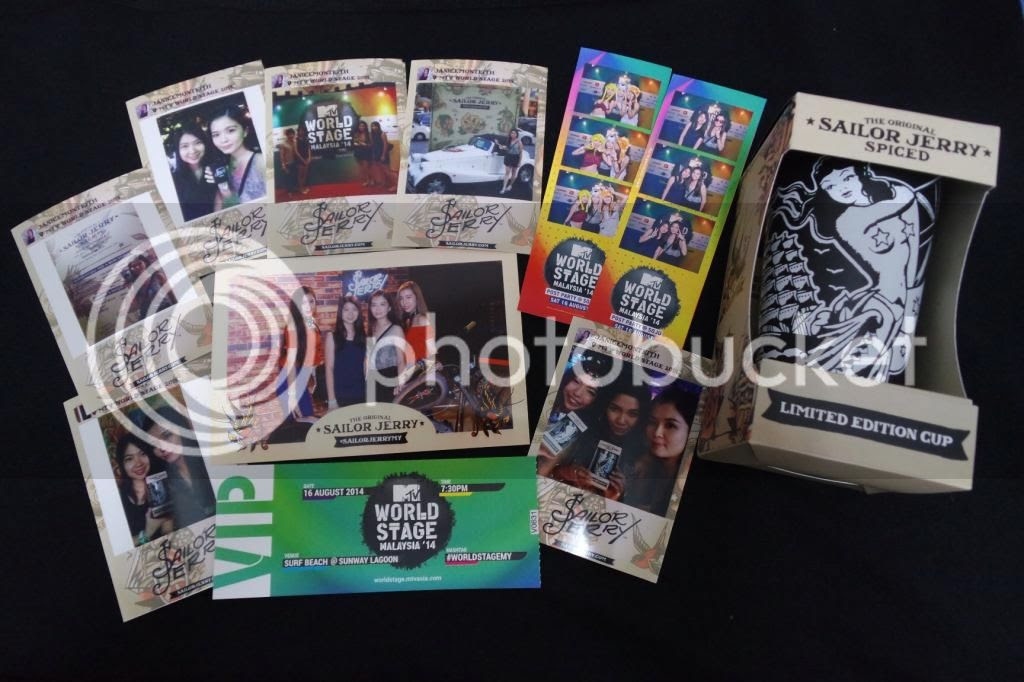 Last but not least, these were the souvenirs that I brought home that night. Heheh. I can keep all of these photos for memories.

Thank you Sailor Jerry and Manoah for the night. I can't wait to enjoy the spiced rum again at home with my family. :D