Japan's branded factory outlet shopping mall, Mitsui Outlet Park KLIA Sepang (MOP KLIA) is rewarding shoppers with a chance to win either the 2019 Toyota Avanza or Toyota Yaris, worth at least RM80,000 each. Entry to this contest ends on the 1st January 2020. 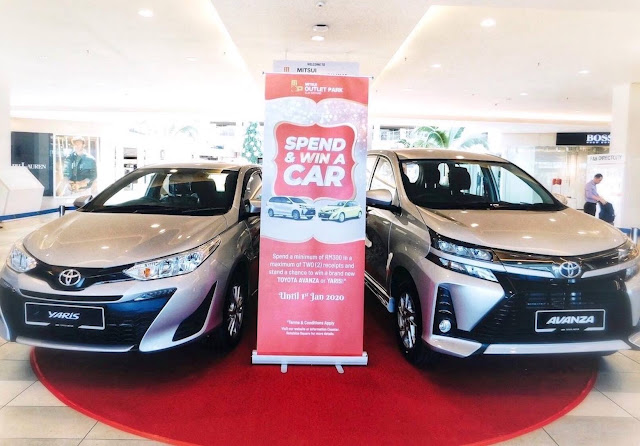 MOP KLIA believes in rewarding customers for their support and hopes that attractive prizes such as these will draw more shoppers to MOP KLIA. MOP is also continuously improving its tenant mix to cater to both local and foreign visitors. 17new stores have recently opened and among them include F&B outlets such as Burger King, Kenny Rogers and Gong Cha; fashion outlets such as Calvin Klein Jeans, Nautica and Kipling as well as several other lifestyle stores such as Victorinox, Samsonite and Tefal.


MOP KLIA has decked the mall with arctic themed decorations and new unique attractions with the theme "Happy Polar Christmas" to get visitors excited for the holiday season. Among unique attractions to look out for include the Snow Playland  and the Infinity Mirrored Light Room. 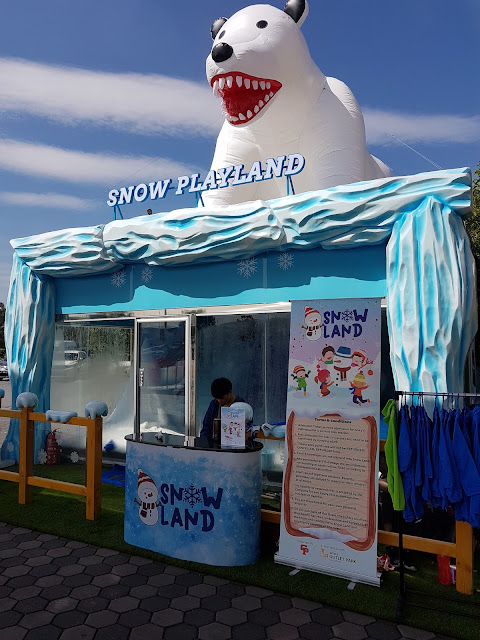 The Snow Playland is designed to offer winter experience with lots of fun in real snow with only RM20 per admission, while the Infinity Mirrored LightRoom lets you embark on a journey through space with high-tech lighting and graphics. Apart from that, MOP KLIA is rewarding Instagram participants of the Infinity Mirrored Light Room with cash vouchers if their photos (with the hashtag #MOPPOST) are selected. 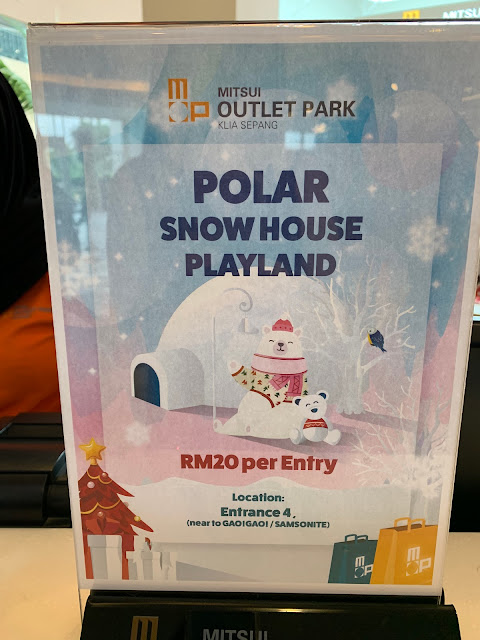 Lots of fun family activities are lined up for shoppers in December right up to the 1st January 2020. Pink Fong Baby Shark made its way to MOP KLIA on the 14th and 15th December while the Christmas Carollers sang their hearts out from the 20th December right up to Christmas day. And not forgetting Santa Claus, as he too would be making his rounds with the carollers. There will never be a dull moment at MOP KLIA as children and adults alike will be entertained with postcard making and colouring activities as well as a train ride at Sunshine Square with only RM5 per ride. 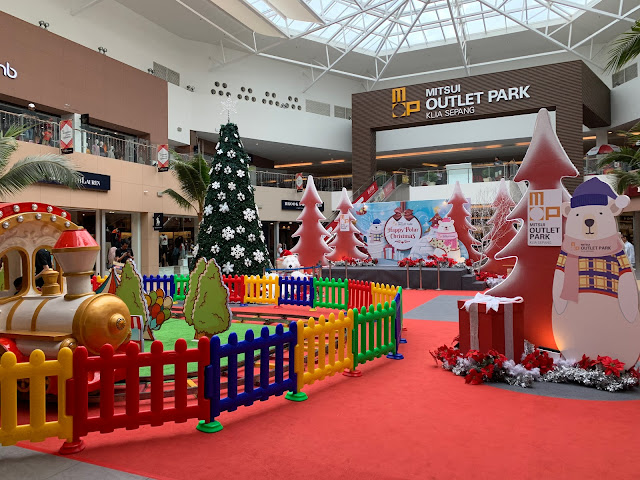 In conjunction with the Christmas celebration, MOP KLIA extended their business hours on the 20th and 21st December to 12 midnight with a special happy hour sale at participating outlets. MOP KLIA is strategically located, just 8 minutes away from KLIA and approximately 45 minutes from KL City Centre. The outlet mall is easily accessible through the various highways namely ELITE, LDP, KESAS, MAJU and NKVE. Getting to MOP KLIA is also convenient via the KLIA Ekspres which departs from KL Sentral every 20 minutes to KLIA and klia2 and thereafter visitors can take the dedicated free shuttle bus that is offered to and fro KLIA and klia2.


For more information on the upcoming offers, promotions and happenings at MOP KLIA, visit www.mitsuioutletparkklia.com.my or www.facebook.com/MOPKLIA.