Premiere Screening of Wrath of the Titans Got myself two pairs of premiere screening of Wrath of the Titans last two weeks and gave a pair to my sis because both venues are from different location. I had to surrender the other one to my sister since she stays nearby. And she got to watch it in 3D! Sigh...  Anyway, I wanna thank Nuffnang for the invitation. =)

Anyway, i had the opportunity to watch with my babe at Sunway Pyramid after the iChemE meeting with my lecturers and the rest of the committee. We were running late as the meeting adjourned at almost 8.15 pm. We hurriedly rushed to Sunway to ensure two good seats as i did not want to get neck stiffness.

I did not watch the previous movie which is Clash of the Titans. But i roughly got the storyline in my mind. So i just watched the show without any hesitation. So the movie wasn't that bad. RATING: 4.5/5

So here is the review of the movie:

After the defeat of the Kraken, Perseus (Sam Worthington), the demigod son of Zeus (Liam Neeson), now lives as a fisherman with his 10-year-old son, Helius (John Bell), from his recently deceased wife Io. 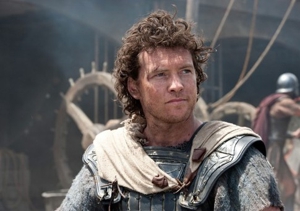 
One night, Perseus is visited by Zeus, who tells him that the powers of the gods are fading and the walls of the underworld prison of Tartarus are breaking due to the lack of devotion from humans and states they will need the world's armies to combat the potential threat, but Perseus declines to get involved. Zeus then descends to Tartarus to meet with his brothers Hades (Ralph Fiennes) and Poseidon (Danny Huston), and his son Ares (Edgar Ramirez).

Zeus tells Hades they must forget the past and unite to rebuild Tartarus, but Hades orders his demons to attack him and Poseidon. Poseidon is wounded, and Ares betrays Zeus over showing Perseus more affection, taking him prisoner and stealing his thunderbolt. Hades and Ares plan to drain Zeus' power to revive their father Kronos in exchange for the two to remain immortal.


The walls of Tartarus break, unleashing various monsters unto the world, including a Chimera that attacks Perseus's village before Perseus kills it. He takes Helius to the Mount of Idols, so they can speak to Zeus, but Poseidon arrives instead. A weak Poseidon informs Perseus that Hades and Ares have joined Kronos. He tells him to meet with Queen Andromeda (Rosamund Pike) and his demigod son Agenor (Toby Kebbell) to find the fallen god Hephaestus (Bill Nighy), who knows the way into Tartarus. He gives Perseus his trident to give to Agenor before he succumbs to his injuries and turns to ash.

Perseus flies on the Pegasus to Queen Andromeda’s camp. Andromeda has imprisoned Agenor for stealing crown jewels, but Perseus has him released. Perseus, Andromeda, Agenor, and a group of soldiers set out at sea to find Hephaestus. Agenor explains that Hephaestus created the three great weapons that Zeus, Hades, and Poseidon wield: Zeus’ thunderbolt, Hades' pitchfork, and Poseidon’s trident, and that together they form the Spear of Triam, the only weapon that can stop Kronos. Agenor uses the trident to direct the boat to Hephaestus's island, where they encounter three Cyclops who attack them.

When Perseus shows them the trident, they lead the group to Hephaestus, who explains that he has a map to navigate the path into Tartarus. He leads them to the door into the Labyrinth, where they are attacked by Ares after a female soldier prayed for him to come. Ares kills most of the soldiers while Hephaestus opens the door. He then sacrifices himself so that Perseus, Andromeda, and Agenor can enter the door before it closes. Agenor tries to use the map to direct them, but the labyrinth continually shifts. Perseus gets cut off from the group and encounters and kills a Minotaur, the labyrinth shifts once again where he is reunited with Andromeda and Agenor, finally reaching Tartarus. 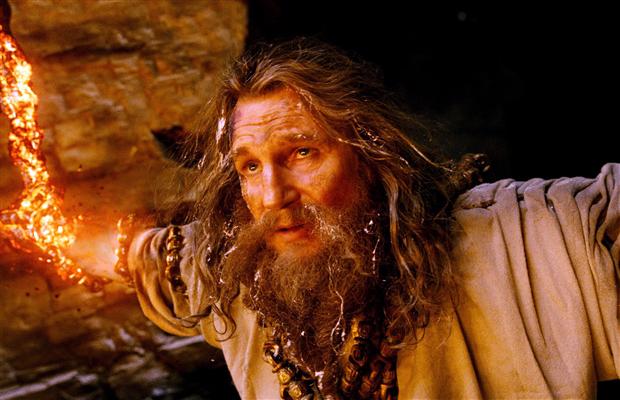 Meanwhile, Zeus has been almost entirely drained of power and technically dead as Kronos starts to break free. Zeus apologizes to Hades and asks his forgiveness as he forgives Hades for his actions. Hades has a change of heart and finally, decides to help Zeus and the human army, but Ares stops him from freeing Zeus. Perseus arrives and uses the trident to break Zeus loose. As they are escaping, Ares throws Hades's spear into Zeus's back.

Perseus, Andromeda, Agenor and Hades carry a weakened Zeus down to the base of the mountain where Andromeda's army is gathered. Perseus combines the trident and Hades’ spear, but he still needs Zeus's thunderbolt, which Ares still has. Perseus prays to Ares, challenging him to a violent fight at the Temple of Gods which Ares accepts. At the temple, Perseus finds out Ares has kidnapped Helius, who brought him to watch Perseus die. Ares easily subdues Perseus, but is distracted when Helius tries to challenge him by pointing a sword at him, giving Perseus the opportunity to subdue him. Perseus then destroys Ares with Zeus's thunderbolt and combines the gods' weapons into the Spear of Triam.

Meanwhile, Andromeda's army is subdued by Kronos' army of Makhai, but a redeemed Hades and a revived Zeus use what power they have left to defeat the army, who have murdered almost all of Andromeda's men. Kronos then appears and starts destroying them, in which Zeus and Hades defend them and at the same time are giving Perseus the opportunity to fly right down Kronos' throat. Kronos lets out one last blast, and Zeus takes the brunt of the force to protect Hades. Perseus throws the Spear into Kronos' stomach, destroying him once and for all.

Perseus meets with Zeus and Hades. Zeus commends Perseus for his courage, stating that the time of the gods is over before turning to dust. Hades is now human, though he states he might be better as one before walking away. Perseus reunites with Andromeda and kisses her, and then decides to train Helius to be a soldier. 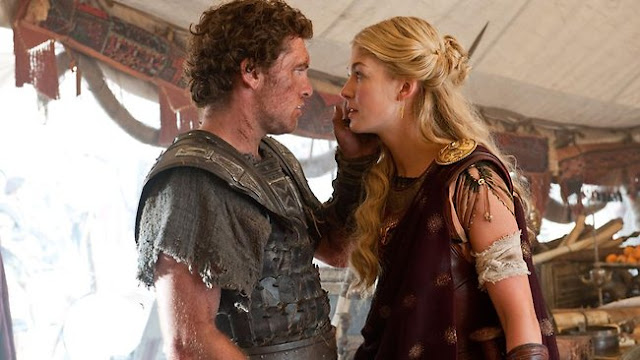 Hopefully there will be another sequel coming after this. Can't wait for it. =) Anyway, sorry for the late post. I was really busy for the past few weeks. Been busy working on my assignments and test and coming one is my FYP. The due date is on this Friday. Seriously i can't wait to end this semester as i am tired with the lack-of-sleep weeks. I sincerely pray to God. I need his blessings so that i am able to pull it through. After the FYP deadline, here comes the FINAL EXAMINATION for my final semester in UTAR.

P/s: Can't wait to go home. Have not gone back since CNY. Kinda miss home. T.T