Premiere Screening of Snow White and The Huntsman ❤ 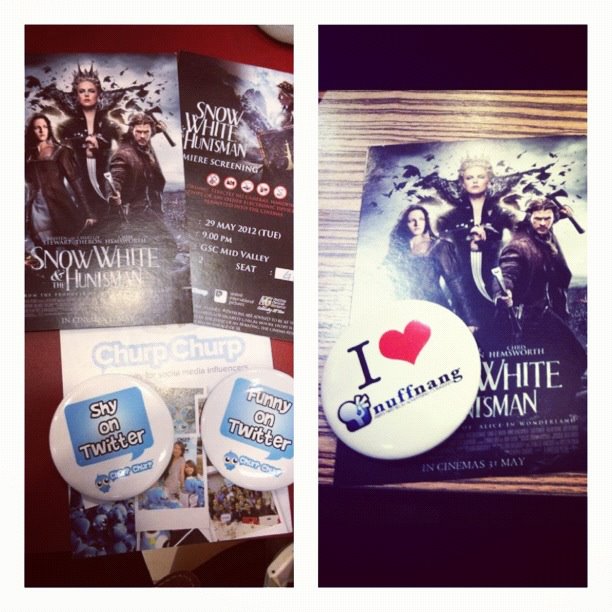 Had the opportunity to watch the premiere screening of Snow White and The Huntsman with the rest of the bloggers. Got the invitation from both Nuffnang and Churp Churp. Thank you! So i brought along my friend while i invited my sister to join along together with her friend. =)

Went there rather early and queued up to get the 4 tickets which were under my name. Waited for almost half an hour just to get the tickets. Thank god our seats were not too near to the screen. =) Both showtimes from Nuffnang and Churp Churp were different. Therefore sis and i had to watch separately. =(

Well the story line is predictable. It is almost the same as the epic fairy tale of Snow White and the Seven Dwarves but just a bit of different plot where the huntsman (Chris Hemsworth) plays a big role in this movie this time. 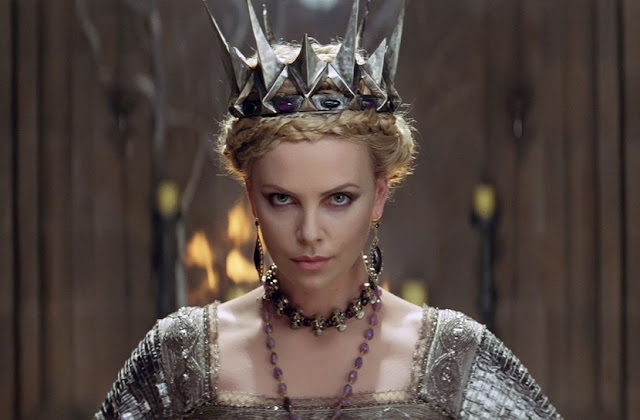 The ruthless Queen Ravenna (Charlize Theron) has conquered several England's kingdoms and plans to take over the entire continent. But she soon learns from her Magic Mirror that she will be overthrown by her stepdaughter Snow White (Kristen Stewart), who will also surpass her as the "Fairest of Them All". Ravenna and her loyal brother Finn are eager to see Snow White eliminated, but the only way for Ravenna to remain in power is to consume Snow White's heart and achieve immortality. 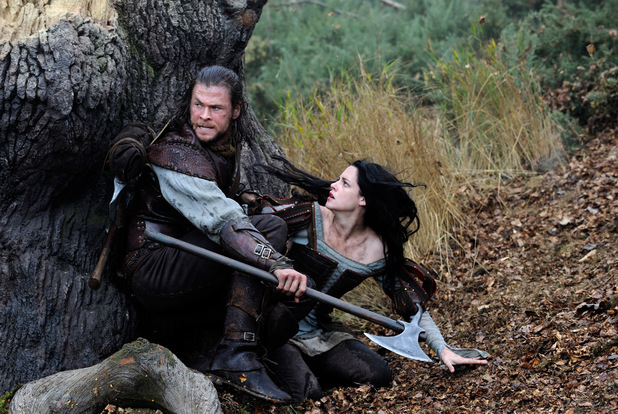 Chris Hemsworth as Eric, the Huntsman and Kristen Stewart as Snow White

When the Snow White manages to escape into the Dark Forest, the Queen summons a huntsman named Eric to kill the Princess. Eric however takes pity on his prey and teaches her unique skills in the art of war. Now, with the aid of several dwarves and her childhood love Prince William (Sam Claflin), Snow White begins a powerful revolution to kill her stepmother. 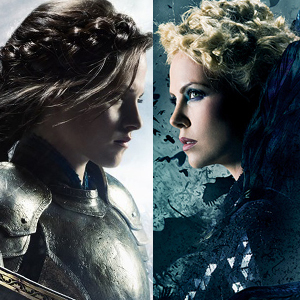 The story is a bit draggy but it was worth watching it even though i had terrible tummy ache during the movie. Anyway, remember to catch this movie airing on all the cinemas on 31st of May!

P/s: Perhaps this will be my last premiere screening to be attended. =/ Hmm. Going back to Taiping tomorrow.