Good news to all skincare lovers! A brand new organic skincare which originated from France was launched in Malaysia a few weeks ago. Abellie, which contains ingredients from organic honey, royal jelly and propolis and Abellie's HQ in France owns its own bee farm as well. 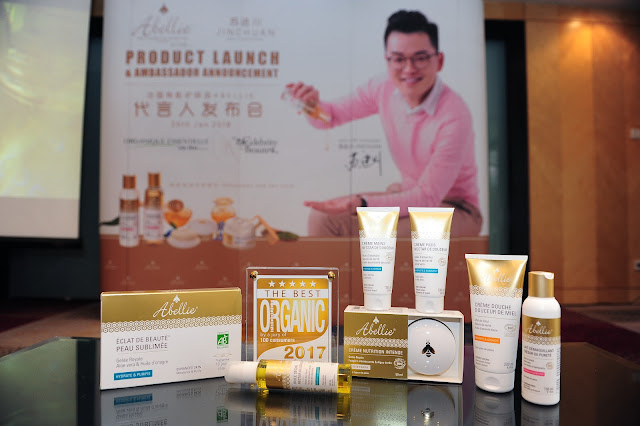 Since 1921, Famille Mary harvest and selects exceptional honey. With know-how from 3 generations of beekeepers, they create unique recipes from bees treasures: honey, royal jelly and propolis and pollen of flowers, associated with precious plant extracts for healthy pleasure moments. Since Abellie creation, they have made sure that they use a maximum of natural and organic ingredients in their formulas. 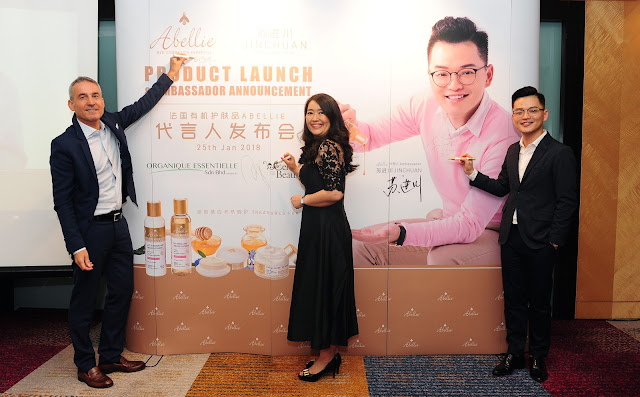 Mr Benoit Mary, the President of Abellie France International who flew all the way from France was present during the launch to officiate the launch. Ai FM Radio Station DJ Jin Chuan made an appearance in the launch as the spokesperson for Abellie skincare. 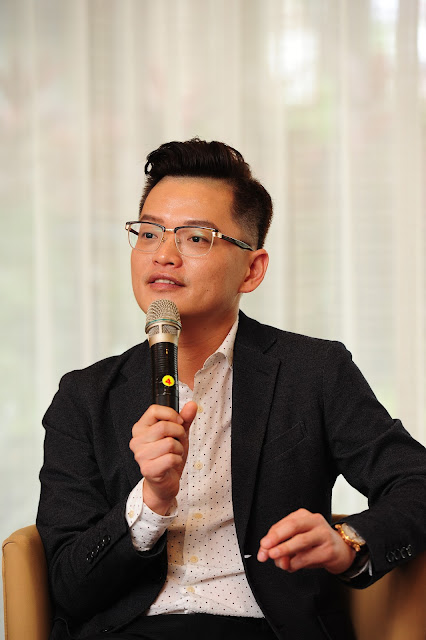 Jin Chuan and Stephanie Yong, the founder of Celebrity Beaute Beauty Salon shared their views and experiences on organic skin care. Jin Chuan mentioned that he is honored to be the spokesperson for this famous French brand and hopes to use his existing social media platforms to educate people with his experiences and knowledge with skincare.

He thinks that men should look after their skin besides women and start using organic skincare as Abellie is free from paraben. 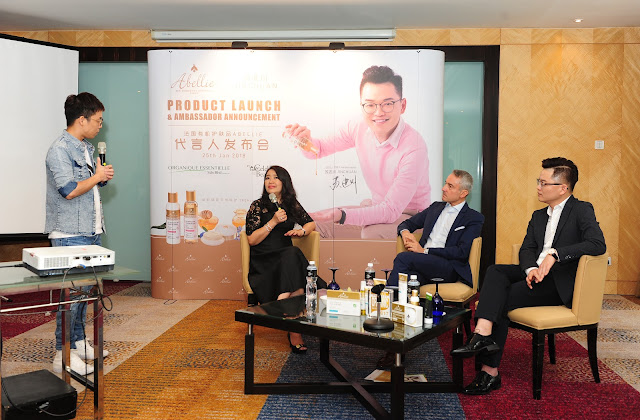 Abellie skincare is suitable for both men and women.  For more information on the Abellie organic skincare, you may check out their website @ http://organique-essentielle.com.my or Facebook @ https://www.facebook.com/CelebrityBeaute.