Potatoes USA Powers Up The Fit and Athletic with U.S Potatoes ❤

Potatoes USA showcased the goodness of U.S potatoes in a theme "Power Up with U.S Potatoes" event at Sime Darby Convention Centre a couple of weeks ago to highlight the importance of potatoes in the diet of athletes. Potatoes provide the carbohydrate, potassium and energy that we need to perform at our best.

US Potatoes has always been synonymous with nutritious diets and meals for many Malaysian households. They have also found their way into many food service sectors - serving up a wide range of taste menu creations using U.S potatoes.

Potatoes contain 620 mg of potassium. With more potassium than a medium-size banana, potatoes are perfect for aiding muscle, cardiovascular and nervous system function during long endurance events. In Nutrition Today, a US Journal, it is suggested that a balanced diet high in natural, quality carbohydrate rich food like nutrient-dense potatoes may be optimal to improving physical performance among elite endurance athletes.


Globally, potatoes are gaining buzz as a performance food. During the 2018 Winter Olympics in South Korea, the newly-released Olympian Menu acknowledged nutrition is now a critical part of athletes' strategy to win. It was reported that the Pyeongchang 2018 athlete's village kitchen has 180 chefs serving 7,000 meals a day at its peak and potatoes have been a main staple. On the international sports scene, especially in the US, potatoes have been used as a high-energy good carb for athletes to fuel up for their competitive endurance events. 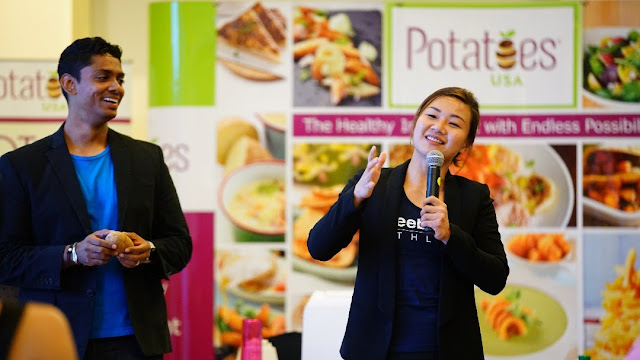 Potatoes USA brought this important potato fitness message to Malaysians. Popular sports / fitness coach Noel Chelliah from DailyMuscle Lighthouse and triathlon gold medalist Kimbeley Yap were invited to headline a showcase of potato nutrition with an emphasis on the characteristics and nutrients essential for improved athletic performance. Noel mentioned that in order to eat right - one needs to calculate daily food intake and the right amounts of carbohydrates / protein / fat. Potatoes fit the bill as a well-balanced nutritious food.

Kimbeley on the other hand, shared how US potatoes can power start the body for intense competitive sports. She shared the nutrients / energy requirements for triathlons, discussed potato 'power' carbs and how high energy fuel food like potatoes impact competitive sports performance. 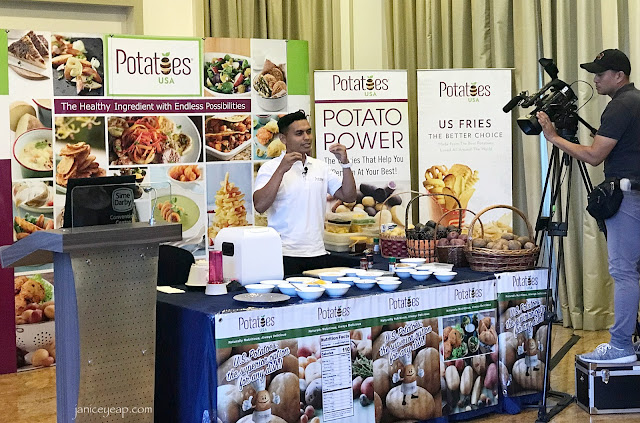 
After the cooking demostration, we had so much fun in a fitness session which focused on high intensity fitness. We were divided into 3 groups with 6 workout routine in total. 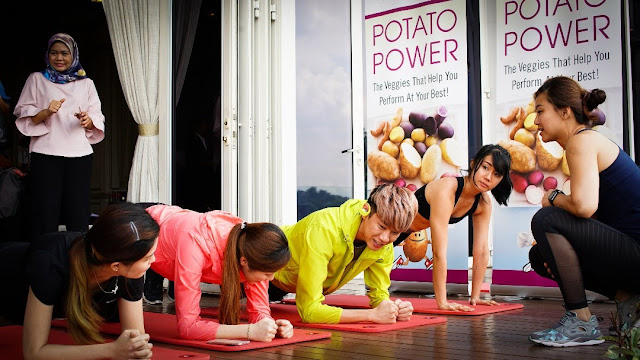 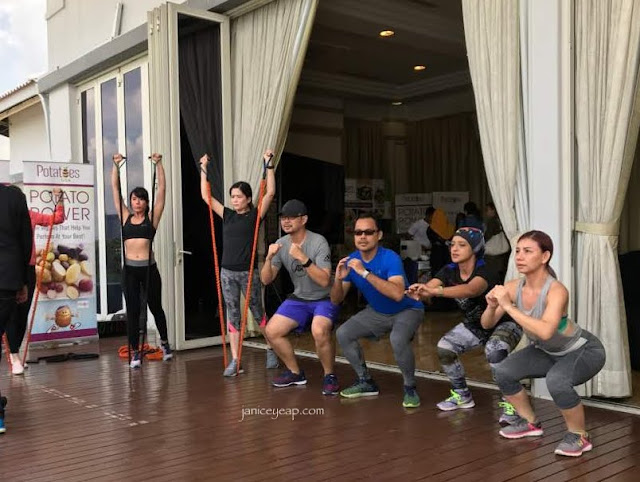 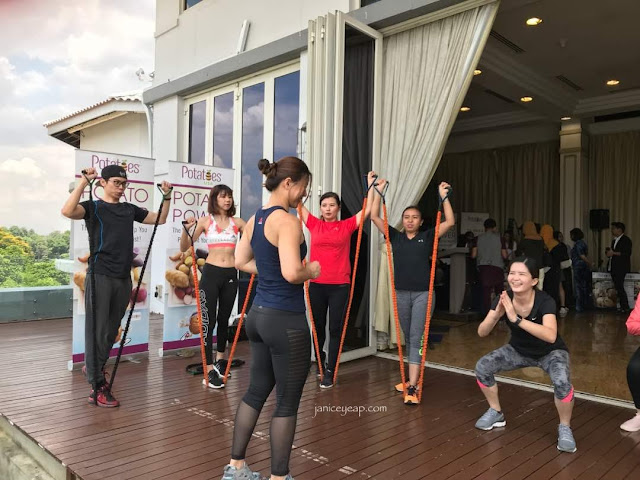 After the workout, we were treated to potato jackfruit smoothie drink to replenish energy post work-out.

To be honest, the drink tasted pretty good. I was skeptical when I first heard the name of the menu but it turned out really well even though they have a weird combination of jackfruit and potato. (= 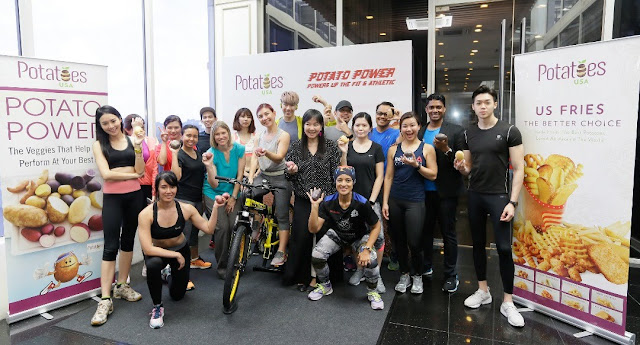 Overall, we had so much fun working out and enjoying all the potato food served by the Potatoes USA. Thank you for having me!