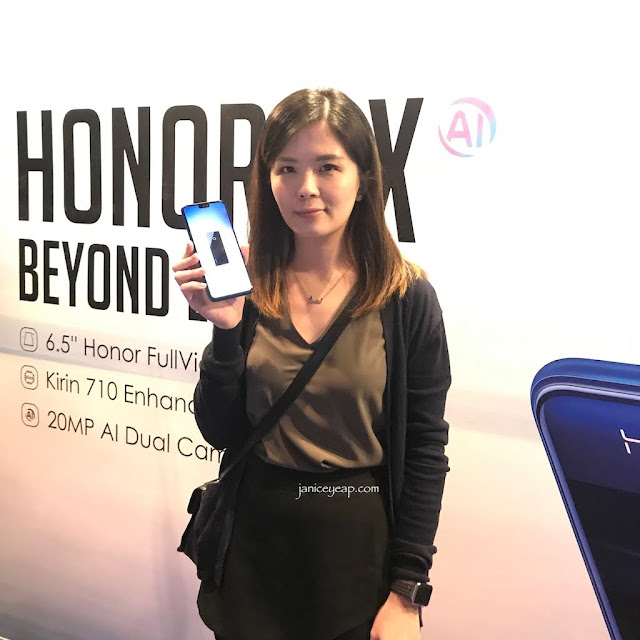 Living up to the spirit of its tagline “Beyond Limits”, honor 8X offers users a device that provides an unrivalled technology and a supreme lifestyle companionship experience at only RM949. The honor 8X is an exceptional technological advancement towards a truly borderless FullView display. 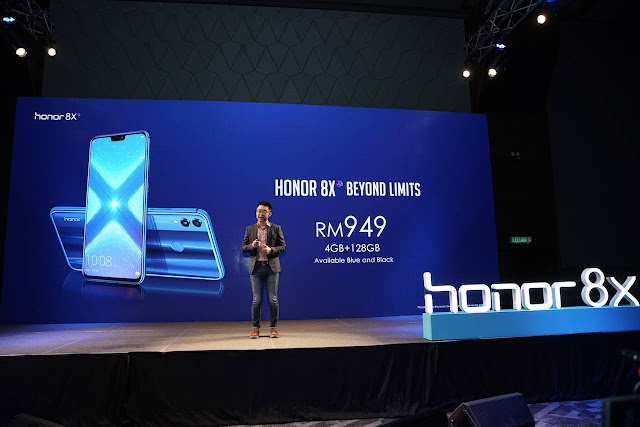 With a very competitive 20MP-strong rear camera and their latest GPU Turbo technology embedded into the device, honor 8X manages to cover all the bases of a day-to-day usage for any smartphone user, no matter the gender, profession, hobbies and interests. 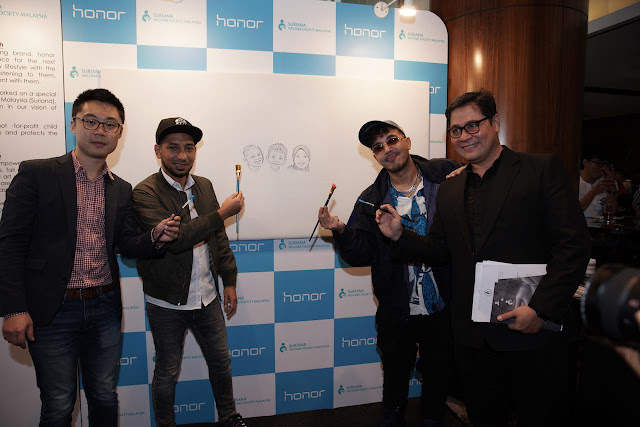 In conjunction with the launch of honor 8X, the brand also took the opportunity to introduce a special collaboration with Suriana Welfare Society Malaysia, a non-government, not-for-profit child protection organisation which promotes and protects the rights of children. The collaboration aims to empower and inspire the next generation to live the moment and achieve their dreams. This initiative is driven through collaborative art with the theme "The Braves". 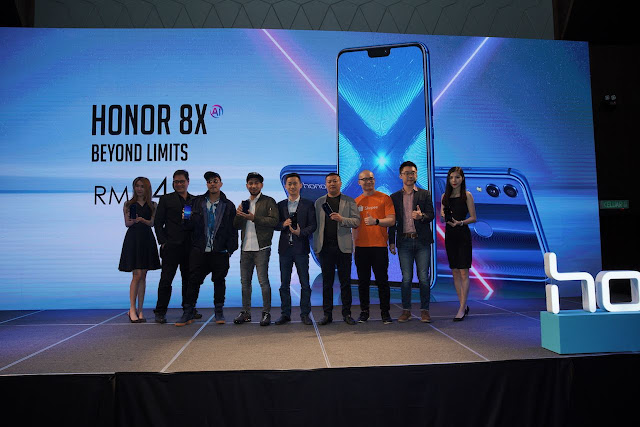 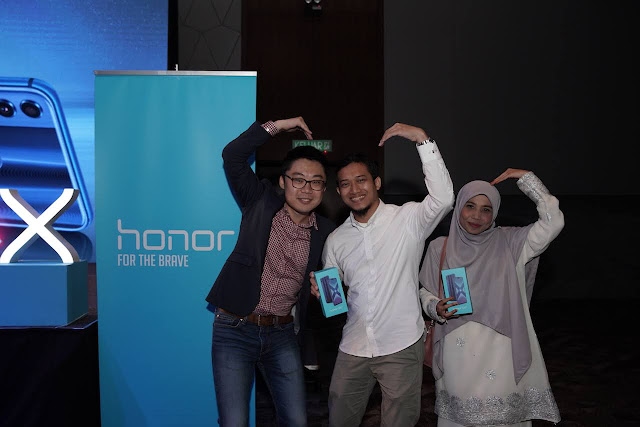 For the first time ever, the honor 8X comes with a seamless HD FullView screen, with advanced chip-on-film (COF) technology and special antenna design. With only 4.25 mm of the bottom border size, the honor 8X simply provides more screen space for the user to enjoy every bit of graphic that is projected from the device. The 91% screen-to-body-ratio means that every bit of the screen is utilized to ensure the user could get a larger view even though the size of the phone body remains the same. 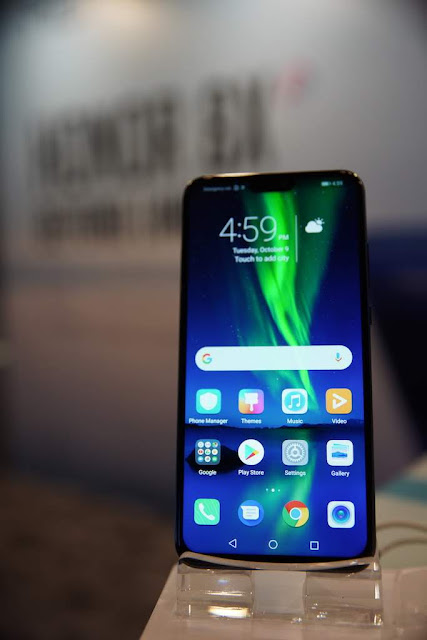 With a nearly borderless design, the 6.5-inch device shows visuals in a 1080P High Definition display, offering an enhanced video quality in a cinema-like experience. The device covers 85% of the NTSC colour gamut and supports a split screen mode, with a Unique Eye Comfort Mode Certified by TÜV Rheinland – which equals to a larger screen that reduces eye fatigue!


The honor 8X comes with a chipset that might sound familiar to everyone – the Kirin 710, which is a 64-bit octa-core mid-range performance mobile chipset. It is complemented with a 12nm Cortex-A73 generation-based SoC and a Mali G51 GPU that offers a 130% increase in GPU performance and 75% increase to the CPU single-core performance. 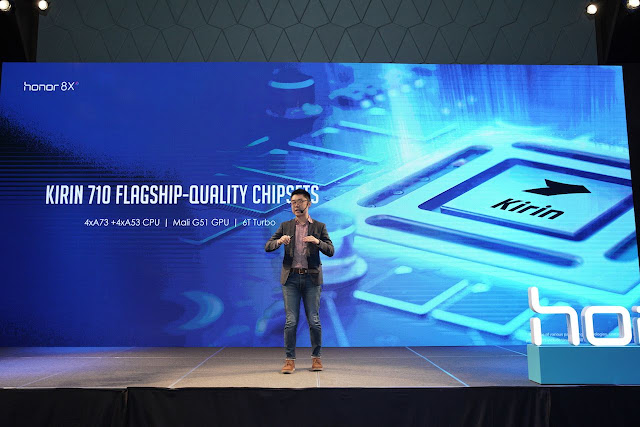 Following in the footsteps of previous honor models, the honor 8X also comes with the spectacular GPU Turbo. The graphics-enhancing technology, which was previously only available on honor flagship devices, along with EMUI 8.2 system, will ensure better graphic-processing technology and less power consumption for your device, if the 3750mAh enhanced battery life was not already enough for you. 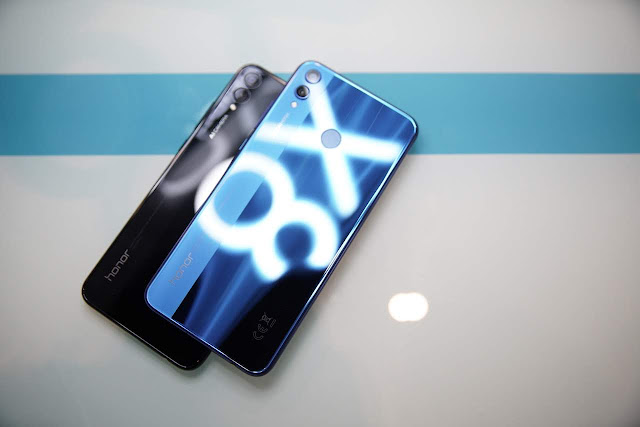 honor 8X is equipped with not only a dual-lens, 20M + 2M, F/1.8 aperture rear camera, but also a modern AI Camera Technology which recognizes 22 different categories and 500 scenarios in real-time, then optimizes camera settings and enhances photo quality based on what you are shooting. 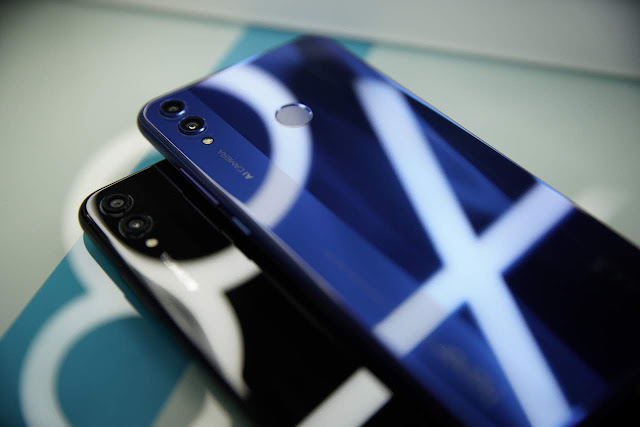 
Customers could also receive free gifts worth up to RM266 that includes an honor Band 3 and an honor 8X Flip Cover in selected honor stores nationwide, limited to 20 units per store*. To find out more, please visit this link @ http://bit.ly/8Xpromoparticipatingstorelist.


For more information on the new honor 8X, its promotions and other innovative gadgets, please visit honor's official e-commerce website and information portal at http://hihonor.com/my, or drop by their official shop on Shopee at https://shopee.com.my/honor.os, or follow their official Facebook page at https://www.facebook.com/HonorMY/ for more exciting updates.