He is the type of guy i adore.
Who doesn't adore him? Let me know.
I even told myself to get such purrr-fect guy to be my boyfie.
And obviously i am thinking so much. But who cares?
I love dreaming. Don't ever tell me that you don't do such thing. You are just BULLSHITTING!
Anyway he plays the role of Yoon Ji-Hoo in the Boys Over Flowers drama.
In reality, i don't think i can find such guy cause it's already disappear from this world!
He is none other than Kim Hyun Joong. I had been watching the series for more than three times. I won't get sick of it cause i just love the way he willing to sacrifice so much for the girl whom he like but doesn't get anything in return.
Such guys are no where to be found in reality.
Aiming to get a Korean guy as my boyfie. Lol!
I just adore him! =D 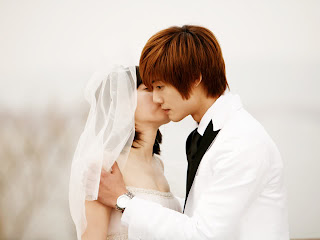 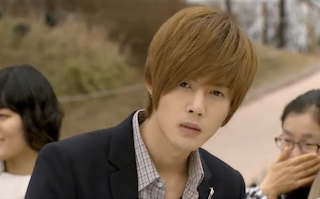