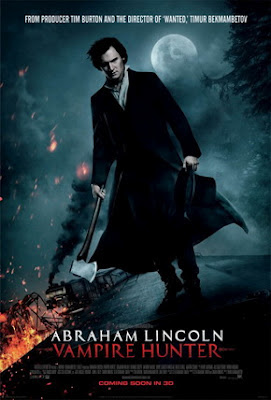 Was lucky enough to be invited by Churp Churp for the premiere screening of Abraham Lincoln: Vampire Hunter on last Tuesday. Invited my junior, Bobo Ngoh to join me for this screening since he had never attend this before. Went there around 7 pm to collect the tickets early and secure two good seats in the cinema. =P

Sister was invited by Nuffnang to join the premiere screening too. (Check out her blog by clicking at her name here Jamie Yeap) So she had to queue up at another counter for hers. A Churper could recognise my face and eventually gave a pair of tickets to me straight without having me to tell my name out. :) I guess I have joined quite a number of premiere screenings from Churp Churp already. That was why the Churper can recognise me already. Hehe. Thank you so much for the kind service!

And yay! I have the new collections of Churp Churp badges already! I have two in my hands now.. Can't wait to complete the whole set of new badges! :D *jump in excitement* Alright. Too much of blogging about myself.. Sorry readers! :) Let's move on to the review of the movie. Forgive me ok? *teehee* 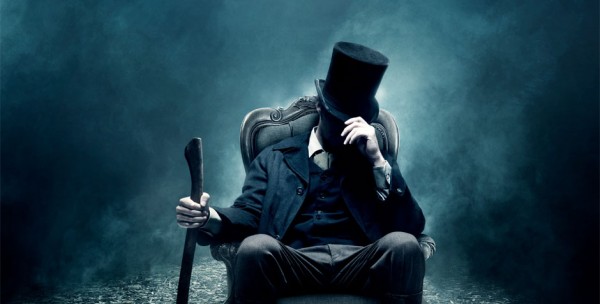 In 1818, Abraham Lincoln (Benjamin Walker) lives in Indiana with his parents, Nancy (Robin McLeavy) and Thomas (Joseph Mawle), who works at a plantation owned by Jack Barts (Marton Csokas). Lincoln sees Barts breaking into his house and attacking Nancy that night. Thomas finds her ill the following day, and she dies shortly afterwards. He blames Barts, and tells Lincoln that he poisoned Nancy. Lincoln decides to get revenge against Barts. He attacks Barts at the docks, but Barts, who is actually a vampire, overpowers him. However, before Barts can kill him, Lincoln is rescued by Henry Sturgess (Dominic Cooper). At his mansion, Sturgess reveals that vampires exist, and offers to teach Lincoln how to become a vampire hunter.

Lincoln accepts and, after a decade of training, travels to Springfield, Illinois in 1837, where he begins to slay vampires. Sturgess also informs Lincoln of the vampires' weakness to silver, and presents Lincoln with a silver pocket watch. In Springfield, Lincoln befriends shopkeeper Joshua Speed (Jimmi Simpson), and meets Mary Todd (Mary Elizabeth Winstead), who is also being courted by the politician Stephen A. Douglas (Alan Tudyk). Though he is warned by Sturgess not to form any close relationships, Lincoln eventually begins having romantic feelings for Mary. Barts is one of the vampires living in Springfield, and upon learning of Lincoln's presence, he begins to target Mary. 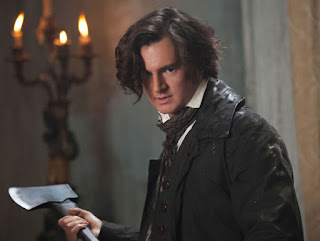 Lincoln decides to abandon his mission after knowing that Sturgess is a vampire too. However, Adam learns of his activities and captures Johnson in order to lure Lincoln into a trap at his plantation in New Orleans. Lincoln tells Speed the truth and they travel to Adam's estate, where Lincoln is captured. Adam then tries to recruit Lincoln, stating how he plans to take over the United States and turn it into a nation of the undead, and that only more moderate vampires like Sturgess stand in his way. Speed arrives, rescuing Lincoln and Johnson, and the three escape back to Ohio. Lincoln's watch, however, is left behind and found by Adam.

In Springfield, Lincoln marries Mary and hires Speed as his assistant and Johnson as his valet. He then begins his political career, campaigning to abolish slavery. Sturgess warns Lincoln that slaves are what keeps vampires under control, and if Lincoln interferes with that, the vampires will be forced to act, but Lincoln ignores his warnings. Lincoln is then elected as the 16th President of the United States of America. He moves to the White House with Mary, where they have a son, William Wallace Lincoln (Cameron M. Brown). Willie is bitten by Vadoma, who leaves the watch behind to mock Lincoln.

What happens next? Catch this movie in cinema worldwide starting on 21st June! No more suspense if i continue telling you the whole story. :P 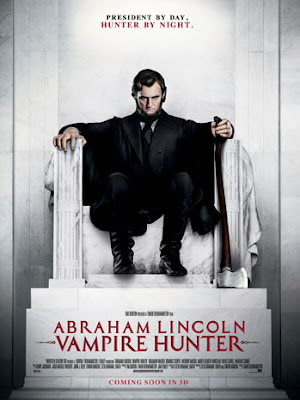 This is my first time catching such thriller movie. I had my scarf covering my face all the time. Lol. But this movie is really nice. I love the plot but of course not the slaying vampires part especially the heads are separated from the bodies. Yucks~