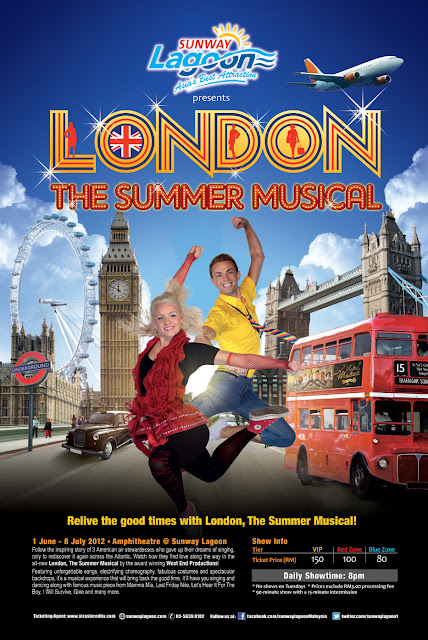 The story is about three female stewardesses who fly from New York to London and they have a romantic encounter with three London boys during their 48-hour stopover.

Anyway the stars will be singing songs from popular musicals such as Footloose, The Lion King and Mamma Mia! as well as songs from hit TV shows such as Glee and Smash and even James Bond films!

Well, if I had the chance to direct one slot of the musical, which song would i choose and how would I imagine the scene to be?

The song I would choose: I Will Always Love You by Whitney Houston

Why I choose this song?

First of all, this song is to pay tribute to my favourite singer, Whitney Houston who had passed away a few months ago and i believe that this song will be the excellent song to be put into the scene.

How would I imagine the scene to be?

If I would to be the audience of this musical, I think my tears would roll down my cheeks as I am currently imagining this scene with sad feeling too. I bet this scene would grab a lot of attention from the spectators. *wide grin*

Here is the lyric of "I Will Always Love You" for readers to have more imagination on the  scene I have mentioned above:


Therefore, be sure to catch the West End stars whom flown in all the way from London starting from 1st June to 8th July 2012 at Amphitheatre, Sunway Lagoon (8pm)! See you guys there!